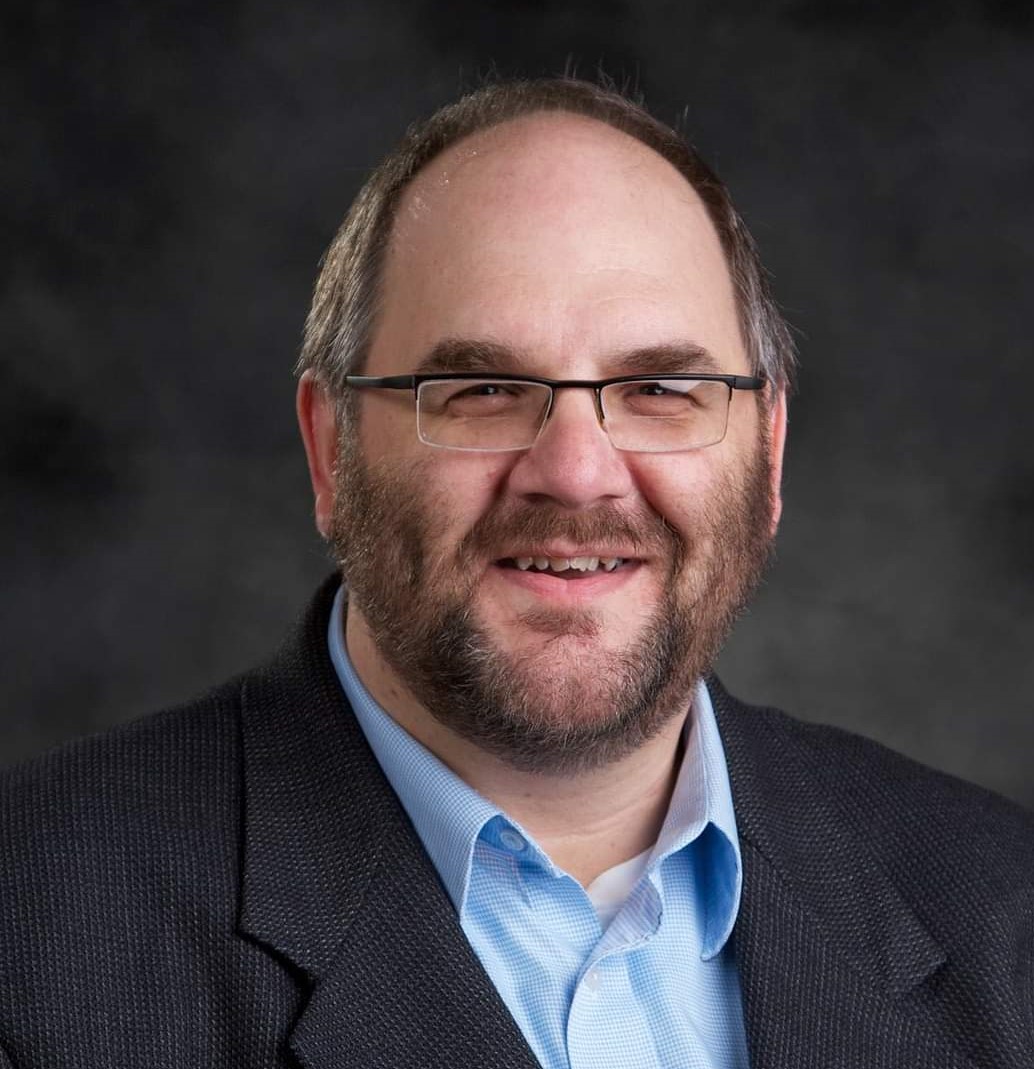 Born in: Goshen , IN
Resided in: Sacramento , CA

Andrew E. Stoner, PhD, 57, passed away Feb. 9, 2022, in Sacramento, California, after a month-long illness. Andrew, Drew, Andy or Dr. Stoner was a journalist, public relations practitioner, prolific author and eventually a well-loved professor. At the time of his passing, he was an associate professor at California State University, Sacramento in the Department of Communication Studies.

One friend summed him up well: “he left a long trail of lives that he touched and made better along the way. His legacy will live on in his family, friends, his students and his written words.” He is remembered for his great sense of humor, commitment to “getting it right,” perseverance, loyalty and ability to relate to others and their situations. He possessed a passion for teaching, lifelong learning and an extraordinary commitment to his students and colleagues.

Born March 13, 1964, in Goshen, Indiana, Andrew was the youngest child of Duane E. Stoner and Sandra J. (Palmer) Stoner. He was the grandson of Altis and Frances (Matesick) Stoner and Donald and Opal (Lovejoy) Palmer. Given his deep love for his family and Elkhart County, he will be buried near his parents in Violett Cemetery.

He is survived by his husband, Randolph Scott, whom he married on Dec. 7, 2015. Together for 26 years, their family included Teddy and Sandy as well as Max, Irma and Gustav, who preceded him in death. I n his free time, Andrew enjoyed his pups, classic movies, the Golden Girls, and supporting the Indianapolis Colts.  He kept up with extended family and friends far and wide. Andrew and Randolph enjoyed their explorations of Northern California and scenic Colorado together.

Personally and professionally, Andrew stayed involved. He was active in student government, politics, journalism and many other organizations in high school and college. At Franklin, he was also a member of the Lambda Chi Alpha fraternity. During his career, Andrew volunteered his time and effort for multiple organizations including leadership roles and as an active participant in multiple interest groups and divisions of the Association of Education in Journalism and Mass Communication (AEJMC). He stayed active in his communities, past and present, including the Goshen (Ind.) Historical Society, Central Christian Church in Indianapolis and the Pioneer Congregational United Church of Christ in Sacramento. In 2003, he received the Hail to Franklin Award from Franklin College.

A phone call from William A. Bridges, a Franklin College journalism professor, opened the door to Andy’s undergraduate education. Andy is among the prospective students, now alumni, who have cited a personal call from Bill Bridges as being what led to their enrollment.

At Franklin College, Andy made many lifelong friends who truly became members of his family.

A contributor on campus, Andy was a member of Lambda Chi Alpha Fraternity and the Student Foundation and served in various roles on The Franklin student newspaper. He also served as a Pulliam Fellow in the college’s Office of Public Affairs.

Andy was a student at Franklin College during the 1985 fires, which he covered as a journalist. As the son of a fire chief and a student who escaped Bryan Hall, a residence hall gutted by one of the fires, Andy many times was among those interviewed over the months by media outlets.

Franklin College remained a part of Andy’s life. He was a speaker on campus Sept. 14-15, 2017. During that visit he gave a public presentation for Constitution Day, reading from his book, “Campaign Crossroads: Presidential Politics in Indiana from Lincoln to Obama.” He also spoke to a series of classes and appeared on the WFYI “No Limits” radio show.

In early December 2021 Andy came to Indiana for the Holiday Book Fair, Indiana Historical Society.  A priority of that trip was gathering with Franklin College friends over that weekend, a visit he and his friends appreciated then and his friends treasure even more now.   He also was glad to see his siblings and their families in his Goshen hometown last December.

A Public Servant…Like His Parents

Andrew was proud of the contributions of his parents who were public servants a number of years.  His father joined the Goshen Fire Department in 1965, serving in several ranks. Andy’s dad was appointed Jan. 1, 1980, as fire chief, by Mayor Max R. Chiddister, serving as chief until his retirement Dec. 31, 1988. His mother was employed as a deputy city clerk in the office of former Goshen Clerk-Treasurer Phyllis D. Roose.

He served as communications director in the office of Indiana State Treasurer Marjorie H. O’Laughlin (1987 – 1989) public information officer for the Indianapolis Metropolitan Police Department (1989 – 1992), public information officer for the Indiana State Department of Health (1994 – 1997), director of communications for the Indiana Family and Social Services Administration (1997 – July 2001), deputy press secretary and executive policy assistant, human services, in the office of Indiana Gov. Frank O’Bannon (2001 – 2003). He was very proud of his service to the citizens of Indiana.

Andrew wrote on a variety of subjects from mass media, politics, history, true-crime, and popular culture. His 12th book, “Fear Hate and Victimhood: How George Wallace Wrote the Donald Trump Playbook” is scheduled for publication this spring by University of Mississippi Press. His most recent book, a labor of love, “Betty White: A Century of Love and Laughs” was a revision of one he wrote on her 90th birthday and won the Silver Medal Benjamin Franklin Digital Award, from the Independent Book Publishers Association of America

In 2021, he authored two books: “Wanted in Indiana: Infamous Hoosier Fugitives” from the History Press, and “Dear Abby, I’m Gay: Newspaper Advice Columnists and Homosexuality” from McFarland Publishing.  Previously, he released “Courthouse Chaos: Famous and Infamous Trials, Mob Violence and Justice” (2021), “Campaign Crossroads: Presidential Politics in Indiana from Lincoln to Obama” (2017), “Notorious 92” (2007), and “Legacy of a Governor: The Life of Indiana’s Frank O’Bannon” (2006).

“Cobra Killer” – a book Stoner co-authored with Peter A. Conway (2015) – was recently reissued and was the subject of a segment on “Snapped: Killer Couples” on the Oxygen Network (NBC Universal). Film rights to the book were also sold for a 2016 independent theatrical release, “King Cobra” from James Franco and Justin Kelly.

His dissertation ultimately became “The Journalist of Castro Street: The Life of Randy Shilts” (2019: University of Illinois Press). It is the first-ever biography of the acclaimed author of “And the Band Played On,” the country’s most recognized tome on the HIV/AIDS epidemic.

Memorials may be made to the Indiana Youth Group (indianayouthgroup.org) or the Fred Finch Youth Center in Oakland (fredfinch.org).

Visitation in Indianapolis will be from 2 to 5 p.m. Saturday, February 26th, with the formal program of service at 3 p.m., at Legacy Funeral Services, 5215 N. Shadeland Avenue.    In Goshen, visitation will be from 2-4 and 6-8 p.m. on Monday, February 28th at Yoder-Culp Funeral Home.   Graveside service in Violett Cemetery, Goshen, at 2 p.m. Tuesday, March 1st.

Arrangements are by East Lawn Mortuary in Sacramento;  Legacy Funeral Services in Indianapolis;  and by Yoder-Culp Mortuary in Goshen.