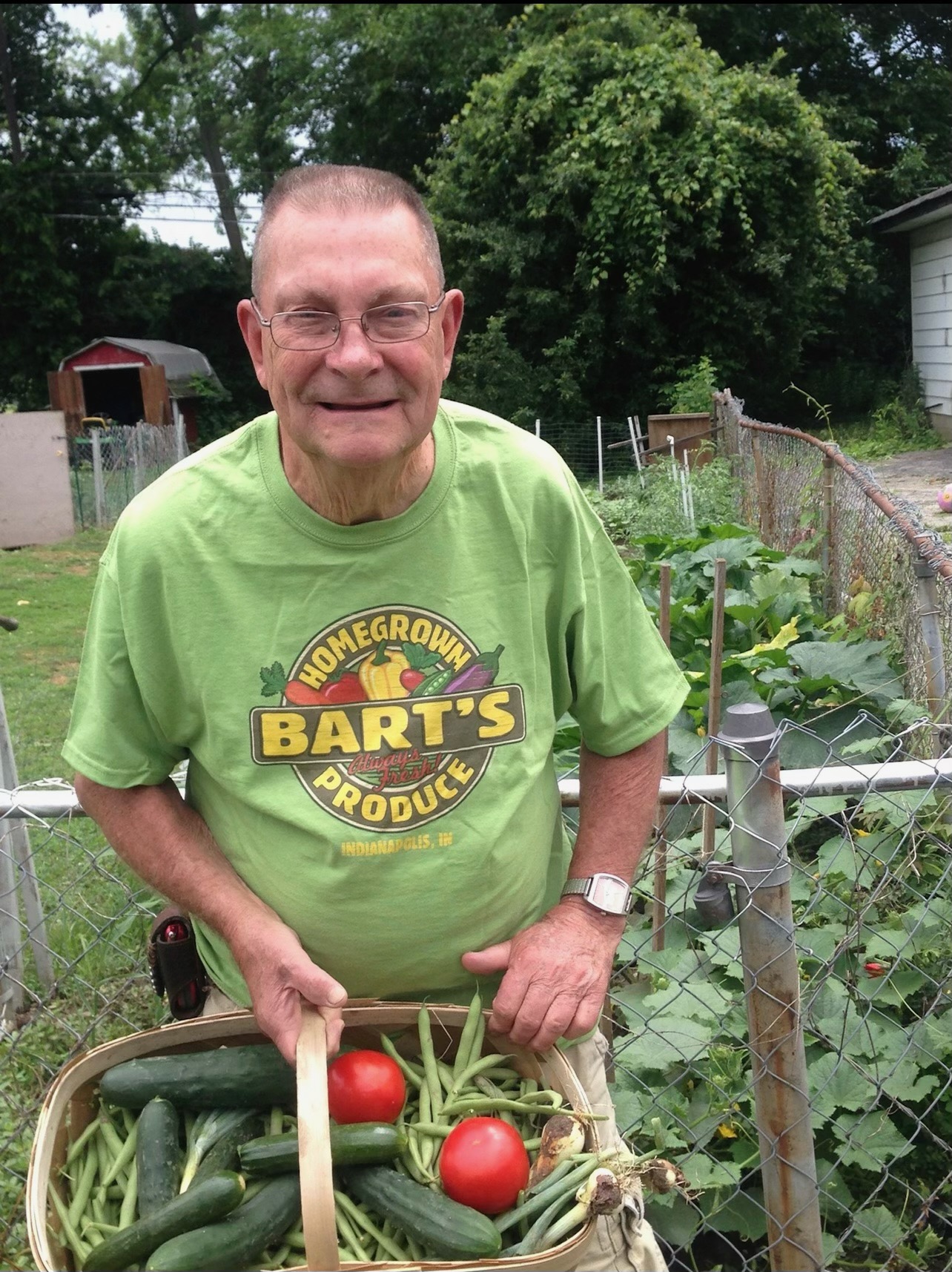 Born in: Knoxville, TN
Resided in: Indianapolis, IN

Bartley D. Humphrey , 87, of Indianapolis, Indiana passed away peacefully December 17 surrounded by family. Born in Knoxville, Tennessee and moved to indianapolis where he lived until his passing.

Bartley had a passion for working. From working in the dairy industry starting at Stoffells in Knoxville, then on to Bordens and Banquet in Indianapolis. He then spent many years at Lutheran Child and Family Services as a dietary assistant. Bartley’s passion for working never failed, every August he would work during the summer at the Indiana State Fair collecting shuttle fare.

In Bart’s spare time he would be seen gardening, whittling wood, or fishing. For each holiday he enjoyed making decorations for inside and outside. He loved anytime he spent with his family, whether it was seeing his grandson , Bradley in Florida, or chauffeuring his great-grandchildren to work.

Bartley was preceded in death by his wife Mary Humphrey, brothers , sisters , and family Joshua and Michael Reynolds. Survivors of Indianapolis include his loving family Judy Humphrey, Sue Humphrey, Carolyn Reynolds, Bradley Humphrey, Lindsay Reynolds, Charles Humphrey, many great- grandchildren, his nephews and nieces that were all his  “favorite”, you know who you are, Bill and Betty Lindsey. Survivors of Knoxville include his sister Evelyn Gibson.

Bartley told us often that “he had lived a good life and done everything he ever wanted to”.

The family will hold a celebration of Bart’s life at a later day.

In lieu of flowers contributions may be made to: