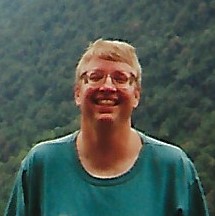 Brian attended and graduated from Thomas Carr Howe High School 1972-1976. He worked in various jobs, most notably as an Assistant Manager at Ziebart from 1985 – 1995, and later, a Purchasing Agent at Ito Koby Dental Studio from 1991- 2012. His attention to detail and knack for organization made him well-suited to his craft. He developed many friendships with his colleagues and appreciated spending both his work and personal time with them.

Brian had a penchant for the finer things in life; gastronomy, exotic coffee, bold wines, aged bourbons, craft beer, and hand-crafted cigars. He had a passion for music that he happily shared with his family and friends. He anxiously awaited many concerts, often counting down the days to the performance, and even writing down the songs played by the artists in the precise order for later reference. An artist in his own right, he played the piano. His friends were treated to a few impromptu performances. He could play by ear, which was cool!

In young adulthood, Brian spent many nights patrolling the streets of Indianapolis with the honorable men and women in blue. He was sort of an “honorary member” of the Indianapolis Police Department. More recently, he thoroughly enjoyed the camaraderie with his buddies at the Pipe Puffer and Indiana Cigar Club playing Euchre and smoking Bellas Artes cigars. He relished the relationships he cultivated with these friends.

Brian loved sports! He was a loyal Colts and Pacers fan and had many logo t-shirts and sweatshirts to prove it. And despite some physical challenges, he enjoyed playing basketball with his colleagues on breaks at work. He also fancied himself a Whitewater Rafter Extraordinaire, even though he had been catapulted out of a raft or two!

Brian is preceded in death by his parents Ronald A. and Betty L. (Fischer) Barnes, and his loyal and cherished dogs Max and Misty. He is survived by his brother, Jeff Stewart (Teresa); niece, Crystal Stinson; great-nephew, Tony Rice; great-nephew, Brad Stinson; and friend, Rebecca Pascal.

We will miss his passion for life, his sarcastic sense of humor, and his sharp wit. We will miss the way he “geeked out” on so many things. We’ll miss his colorful FB posts. Some of us will even miss his relentless teasing! But most of all, we’ll miss the huge grin on his face that let everyone know how happy he was in the moment. He will always be missed and never be forgotten.

Brian didn’t like flowers. He said they remind him of funerals. So, in lieu of flowers, he would probably want everyone to enjoy a nice meal or a football game, or perhaps a concert with your friends and family in his honor. We appreciate and observe a life well-spent. Rest in peace, and may God bless you.

Memorial Gathering will be from 1pm to 2:30pm on Tuesday, November 2, 2021 at Legacy Cremation & Funeral Services, 5215 N. Shadeland Avenue, with a memorial service to start at 2:30pm. Burial of Brian’s cremated remains immediately following service at Memorial Park Cemetery, Indianapolis, IN.