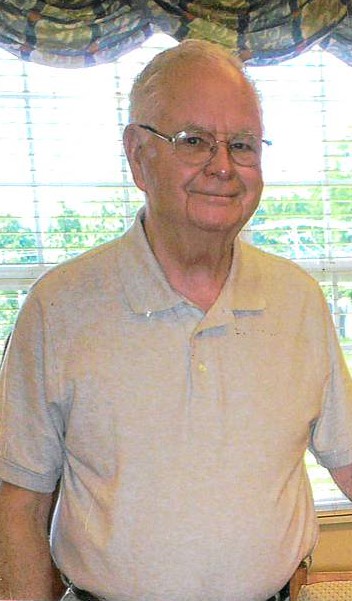 Born in: Duggar, IN
Resided in: Anderson, IN

Carl Clifford Chambers, age 91, passed away on February 26, 2022, at Community Hospital Anderson. He was born September 29, 1930, in Duggar, IN to Clayton and Mildred Chambers.

Carl graduated from Anderson High School in 1949. He played basketball all throughout high school. On February 4th, 1950, he married the girl next door, Joann Craig Chambers. Together they raised three daughters Christy, Jill, and Pam, and one son Jeffrey.

Carl served in the Army as Military Police from 1952-1954. Carl worked at East Side Jersey Dairy, Hoosier Market, and Delco-Remy Plant Protection. For 39 years, Carl owned and operated Carl Chambers Real Estate. In 1987, Carl was president of the Anderson Board of Realtors and was named Realtor of the Year. Carl was a member of the Anderson Housing Authority from 1981-1983. He was a past advisory board member for Southdale Towers and Longfellow Plaza. He was also a past member of the United Faith Housing Harter House and a member of the noon exchange, where he enjoyed the noon luncheon at the Holiday Inn. In 1982, he was the Republican candidate for Madison County Assessor. He is a member of First Church of the Nazarene where he was a board member and trustee for several years.

Carl was a long-time supporter of Highland High School Athletics. He loved all sports, especially the Cincinnati Reds baseball and IU Basketball. He enjoyed all traveling, especially to the lake cottage on Big Turkey Lake with his brother and sister-in-law Francis and Helen Baer and grandchildren. He also enjoyed gardening, especially growing tomatoes.

Carl is preceded in death by his parents listed above; wife of 71 years Joann; brothers John and Maurice; sisters Greta Fae and Ester; daughter Jill and son-in-law Tim Gale.

A graveside service will be held on Friday March 11, 2022 at 11am at Anderson Memorial Park Cemetery.