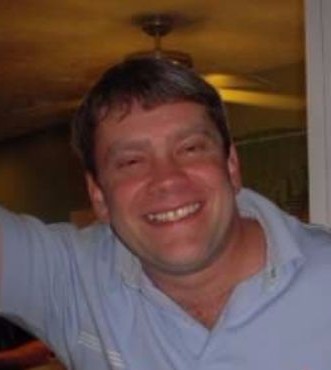 Curtis Edward Steele, age 44, of Indianapolis, IN died on Friday, November 3, 2017 at IU Methodist Hospital. He was born on June 3, 1973 in Indianapolis to Shirley J. and the late Edward R. Steele.

He was an avid golfer and belonged to Thatcher Golf Course where he won two championships. He is survived by his wife, Sherrie Steele; mother, Shirley Steele; children, Brandy (Chris) Creel, Bridgette Beers and Russell Beers; 7 grandchildren; brothers, Russell (Kelly) Steele, Eric (Cherie) Steele, Matthew (Shanda) Steele and Joel (Teresa) Steele as well as numerous nephews, nieces and cousins. He was preceded in death by his father and an uncle, Randy Loux.

Visitation will take place on Friday, November 10 from 10:00 a.m. until the time of the service at 1:30 p.m. at Legacy Cremation & Funeral Services – Indianapolis, 1604 W. Morris Street, Indianapolis. Burial will follow at Floral Park Cemetery. Memorials in honor of Mr. Steele can be made to Toys for Tots, envelopes will be available at the funeral home.