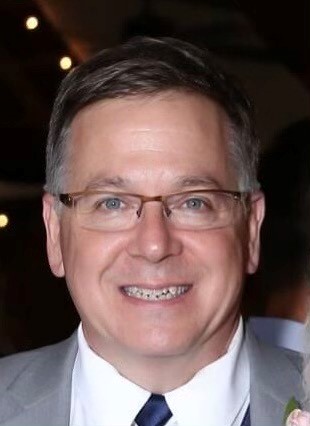 Born in: Elkhart, IN
Resided in: Indianapolis, IN

David Robert Slaughter, 65, of Indianapolis, passed away peacefully at home on March 12, 2021. He was born on October 23, 1955 in Elkhart, Indiana, to the late Robert and Esther (Hutchison) Slaughter. Dave graduated from Elkhart Central High School in 1974. He then went on to receive his Bachelor’s Degrees in History and Political Economy from Hillsdale College in 1978. He was a scholarship member of the Hillsdale track and cross country teams. He was a member of the Alpha Tau Omega fraternity. He interned in Washington D.C. living in Georgetown. Dave moved to Indianapolis with his high school sweetheart, Lori, upon graduation. They were married immediately after his graduation June 10, 1978.

He worked in the financial industry his entire career as a trusted stockbroker and financial consultant, most recently at Raymond James. He never retired and worked to serve his clients through his entire courageous health journey with a rare Liposarcoma. In his more than a decade long battle with cancer, Dave endured numerous surgeries, radiation and chemotherapy treatments without a complaint. He always maintained a positive attitude to match his toughness and grit.

Dave was a member of so many community groups throughout his life. Some of his most treasured memberships include Rotary, Sponsoring Interact Clubs at local high schools, having traveled to Finland with Interact himself in his teens, foodbank outreaches, alumni associations of his former schools, Booster club boards for his children in their activities and sports as they were growing up, coaches associations, Ducks Unlimited, the National Rifle Association and the commerce clubs/chambers in the many Indiana towns and cities he had ties with. Most recently, helping on committees for Fishers, Indiana Chamber of Commerce in their development. He always took his granddaughters shopping for Thanksgiving dinner items for those in need at their church. He loved to be genuinely involved in people’s lives.

Dave loved to spend time with his beautiful wife, who was also his childhood sweetheart, children and their spouses, countless close family and dear friends, co-workers, clients and community members. He was a proud Papa, whom his cherished granddaughters had him wrapped around every finger. He never missed a special moment in their lives, ever. He enjoyed hunting, fishing, camping, canoeing, traveling and seeing the United States of America with such appreciation and patriotism. He was an avid reader, runner, researcher and history buff. Dave was the very definition of a true family man. Dave enjoyed sharing his many life stories by his grill or smoker and feeding those he loved dearly his famous BBQ. He loved to listen too. If you were in his life, you were in his life for life. He gave everyone he knew the benefit of the doubt and treated all as he wanted to be treated every day. He could answer any question you ever asked him with knowledge and honesty. He never met a stranger and treated strangers as friends. Treated his friends and family with the utmost care, always everyone else first. He never thought of himself, others first. His bright blue eyes, famous grin and chuckle, soft-spoken advice and ability to never forget a detail of anyone’s life…will be forever missed. He was a Believer.

He is preceded in death by his parents, mentioned above, grandparents; along with his sister, Sara (Eric) Schneider.

The family would like to extend their most sincere gratitude to the entire Community Cancer Center North, Community North Hospice and associates, Community Rehab Hospital Team, as well as MD Anderson, Houston, their team and providers for all their loving care and medical treatment throughout his journey. Additionally, thank you to the family and friends who prayed for us, helped us, loved him and us along the path.

A memorial gathering will be from 9am to 11am on Thursday, June 10, 2021 at St. Lawrence Catholic Church, 4790 N. Shadeland Avenue, with a service to start at 11am. Inurnment to follow at Crown Hill Cemetery, Indianapolis, Indiana.

In lieu of flowers, memorial contributions may be made to:
In Memory of Lori
The Dyslexia Institute of Indiana at https://www.diin.org/donate Please put “In Memory of Lori Slaughter” in the subject line
In Memory of Dave
The Dave Slaughter Memorial Cross Country Alumni Endowed Scholarship at Hillsdale College https://secured.hillsdale.edu/hillsdale/support-hillsdale-college