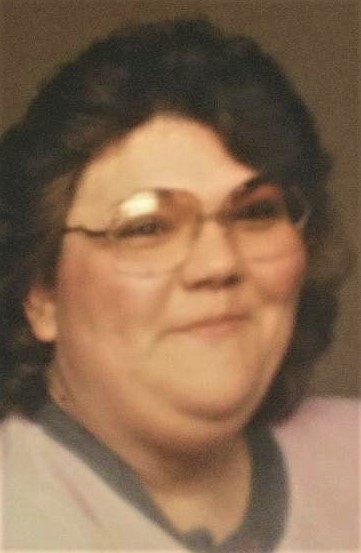 Born in: Elwood, IN
Resided in: Anderson, IN

Debbie was preceded in death by her parents Paul H. and Juanita M. Hoppes.

Undoubtedly those that knew Debbie will agree she acquired the following traits, just to name a few.

CARING: Debbie’s compassionate nature was displayed in many ways. A close friend and neighbor complimented Debbie of how she looked out for her neighbors. She would prepare food, in very large quantities, and invite everyone in the apartment complex over for a meal. One stipulation, they had to bring their own bowl.

Whenever the building’s water had to be shut off, she offered neighbors bottled water she always had on hand.

COOKING: Debbie would “store up for the winter” with her homemade canned foods. She (and a friend or two) would work through the night to pressure can bushels of veggies, fruits, or just about anything not tied down. It was difficult to compete with Debbie’s determination and persistence.

CREATIVITY: Debbie would decorate her 7 story apartment balcony for many of the holidays throughout the year for everyone to enjoy. It gave her such satisfaction when vehicles would drive by slowly or park nearby for periods of time.

While in various nursing homes for rehabilitation, she would make table centerpieces and small area rugs for individuals used from donated t-shirts. She also had a raffle, of her handmade items, for her floor’s staff.

GIVING: Her time; involved in various “drives”, such as winter gloves and bikes for children. Her food; shared with others in need. Her talents; taught one of her doctors a sewing technique.

SELFLESSNESS: She made endless sacrifices for the benefit of her children; putting them first. Her children’s friends were welcome for meals even when they were not necessarily planned. For years, during the July 4th Chesterfield Parade, Debbie would have a “HUGE COOKOUT” with all the imaginable side dishes. It didn’t matter who came, they were all welcome. She was called “mom” by most.

SPIRITUAL: She believed and had faith in the Lord. She enjoyed the inspirational reading of “Our Daily Bread.”

Needless to say, her departure from this world has left a void in many lives.

Having a deep affection for her deceased Auggie Dog, in lieu of flowers, memorial contributions can be made to the Madison County Humane Society in honor of Debbie, 765-644-6484.

Cremation was chose, with a future, private service.