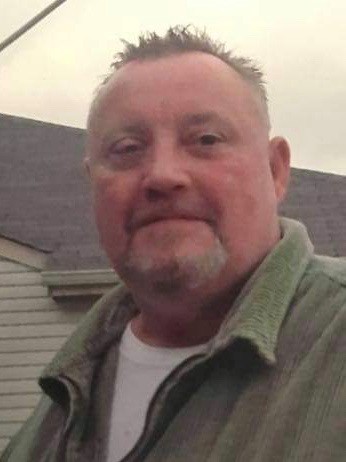 Dennis “Denny” Allen Johnson, 67, of Indianapolis, passed away on October 6, 2020, with his family at his side at St. Francis Hospital.  Denny was born on September 26, 1953 in Indianapolis, Indiana to Freddie and Barbara Johnson.  Denny graduated from Mooresville High School, and was medically discharged from the United States Army. Denny was employed at the Chevrolet plant for many years and then he became a carpet layer.  Denny was a man of many trades.  Denny’s best trade of all was his for his girls, and his family and friends.  Survivors include his wife, Ramona, daughters, Denise (Buster) Madsen, Dana Johnson, Chasity Johnson (Clerence Collins).  7 grandchildren, Dennis, Brittany, Zach, Brooke, Hailey, Sherman and Colby. 6 greatgrandchildren.  Sisters, Alma Vickery, Loretta Roberts.  Brother, Kevin (Bonita) Johnson. Nieces, Barbara, Lisa, Marelana.  He was preceded in death, by his parents Freddy and Barbara Johnson, brother, Little Freddy Johnson, and nephew, Tony Roberts.  Denny enjoyed watching sports, fishing, and playing basketball with the neighborhood children.  Most of all, Denny enjoyed being with family and friends, he will be dearly and deeply missed. Service for Denny is Thursday October 15, 2020 at 1:30 pm at Legacy Cremation & Funeral Services – Indianapolis, with visitation from 12:00 noon until service time.  Burial will be at New Crown Cemetery.  Donations maybe made directly to Legacy to assist with expresses.