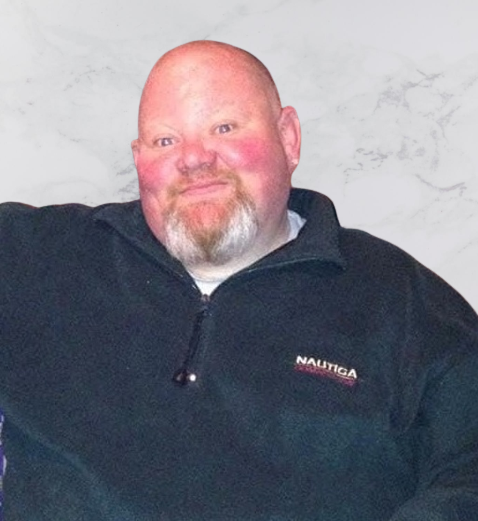 Derek Michael Ballard was born October 10, 1977, at St. Vincent Hospital to James Derek and Sherry McMillan Ballard.  Michael spent most of his formidable years being raised in a comforting, loving, albeit chaotic at times, Eagledale home, where his heart always remained.  For those who knew Michael well, knows he was a very headstrong individual and when he got something in his mind, he went full tilt like a Kamikaze.  Also, for those who knew him well, knows of his passion for his Irish heritage and shoes, which started at a young age while working as a paperboy.  His first paycheck was used to purchase a new pair of Jordan’s, and from there the great saga of buying, trading, selling, and exchanging shoes continued throughout the rest of his life.

He attended St. Michael and Cardinal Ritter and, through his charismatic, good hearted and funny personality, developed a core group of people that helped to shape Michael’s character.  That group expanded throughout the years and seemed like everywhere Michael went he knew someone, or you’d hear someone yell out, “Big Mike”.  Michael married his high school sweetheart Nikki and had 2 sons Collin and Caleb, whom he loved dearly and was so proud of the men they are becoming.  Michael’s heart was big and once he developed a bond with you, his loyalty was unbreakable.  Unfortunately, Michael spent many years in mental anguish trying to cope with the family and friends taken too early.

Michael passed away peacefully in his sleep from a heart attack on Sept. 12, 2022, and is preceded in death by Clyde (Mac) and Patricia McMillan, James and Betty Ballard, Uncle Kenny Ballard, Uncle Mike McMillan, cousin/sister Kristen Ballard, cousin Brandon Ballard, and best friends Fireman Dave Schanz and John Donovan.  He is survived by parents James and Sherry Ballard, brother Steven Ballard, sons Collin and Caleb Ballard and mother Nikki, Aunts and Uncles Lori and Jay Scott/ Joe and Kevin Warren, cousins Tera Wilkins, Tiffany Kozinski, Max Warren, David Ballard, Justin Knight, Mark Tom, Matt Tom, Michelle Tom and all his extended family and friends.  Though the road came to an end, the journey is never done.  Never goodbye, we’ll see you in the next one.