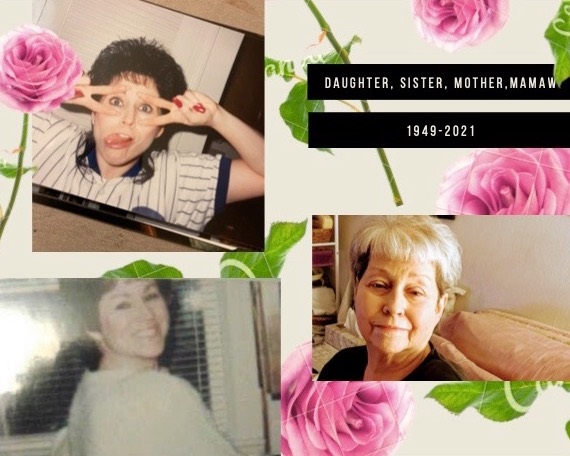 Preceded in death by:

An avid NASCAR fan, specifically a never ending love for Dale Earnhardt SR. She was a faithful and loyal fan to Mr. Earnhardt SR. Even cutting out eating M&M’s during NASCAR season (we all know who drove the M&M car).

Over the years, you could see and hear her jam out to a wide range of music from Metallica’s “Enter Sandman” to Nelly’s “Country Grammar”

She was a retired Household Manager. Basically she was a housekeeper but the household manager sounded way better! Working for several people over the course of 30 years. Some she treasured, others she would rather forget.

She was united in marriage in 1969 to Kenny Morgan. A couple of kids and a few years later they divorced.

She soon found love again and married Steve Hull, which ended in divorce.

Third times a charm, in the early 90s she married Ray Martin JR. That too, also ended in divorce.

She must have really liked her 2nd husband, she kept that last name!

Her three beta fish were her pride and joy before their ultimate demise in 2018. Out of her love for Mr. Earnhardt, those fishies were named Intimidator 1, Intimidator 2 and Intimidator 3.

At her request, there will be no service. Let’s be honest here, the REAL reason she did not want a service is because she no longer has the jet black Elvira hair that she loved dearly.