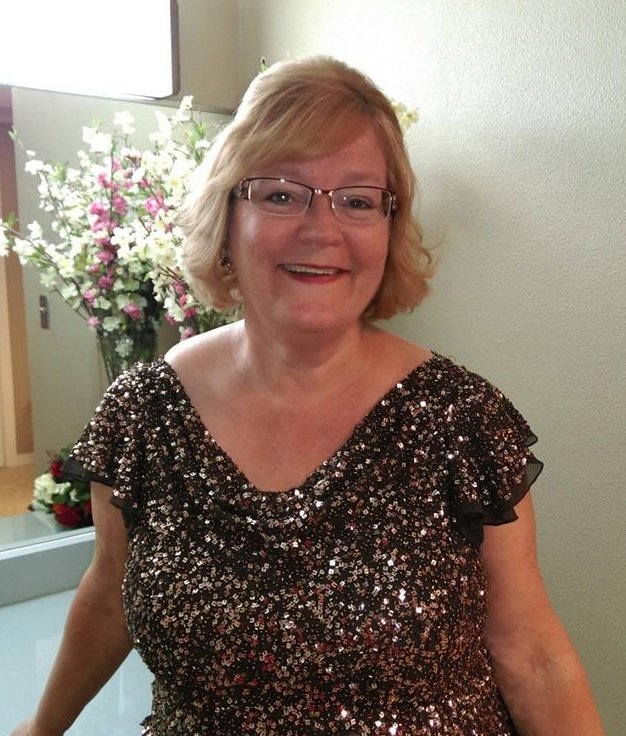 It is with great sadness that the family of Donna Brooks Ourand announces her passing after a hard-fought battle against pancreatic cancer, on October 13, 2018, at the age of 63 years.  Donna will be lovingly remembered by her husband of 32 + years , Richard, their 3 children and their spouses (Rachel and Elias White; Jennifer and Sergio Delgado; and Trey and Jenny Ourand), two granddaughters (Claire and Paige), her parents (Mary and Terry Brooks), and her two sisters (Pat and Robin and their families).

Donna was born on January 28, 1955 to Mary and Terry Brooks in Charleston, South Carolina. She graduated from Ferguson High School in Newport News Virginia in 1973, and graduated from Longwood University in May 1977 with a degree in English and Drama.  She taught high school English and was in charge of the Drama Department from August 1977 until May 1980 at Ft Lee High School in Ft Lee, Virginia. In August 1980, Donna joined the U.S. Air Force and went to Officer Training School. She earned her 2nd Lt bars and was assigned to the Personnel Flight at Luke Air Force Base from 1981 thru June 1984.  She was then assigned to the Air Force Intelligence Service at Ft Belvior, Virginia, where she met her husband, Richard Charles Ourand, Jr.  They were married in Springfield, Virginia on November 30, 1985, and honey-mooned at the Boars Head Inn in Charlottesville, Virginia.  Donna left active duty on March 1, 1987 and joined the Air Force Reserve before the birth of their first child, Rachel Catherine, on March 27, 1987. In August 1987, they moved to Newport News, Virginia, where their next two children, Jennifer Brooks on June 22, 1988 and Richard Charles III (Trey) on August 9, 1989, were born.  Donna finished her Master’s Degree in training and Development from George Washington University in September 1990.  Richard’s career in the Air Force gave the family opportunities to move around the country including Salt Lake City, Utah, San Antonio, Texas, and Terre Haute, Indiana, and Donna found volunteer and career opportunities in each location.  In August 2009, Donna and Richard moved to Indianapolis and began to enjoy the pleasures of the big city, including the plays, restaurants, concerts, and the summer series known as Symphony on the Prairie.  Donna became actively involved in volunteer activities including Starfish, Girls Inc, and Indy Film Fest. A woman who loved warm sunny weather, she began wintering in Naples Florida in 2010 which resulted in the purchase of their condo and many fun times over the years on Vanderbilt Beach with family and friends.

Donna also has touched the lives of her exchange students (Marit – from the Netherlands; Natalie and Kat – from Germany; Pepita and Gabriela – from Venezuela; Michele from Brazil, Sini from Finland). She wishes to thank the staff of Community North Cancer Center and the Hospital staff who provided her excellent care during the time of her pancreatic cancer treatments and her end journey.

In lieu of flowers, Donna asks that donations be given to the Pancreatic Cancer Network, Alzheimer’s Research Foundation, Ronald McDonald House Charities, or St Jude’s Children Hospital.  There will be a private service at a later date.