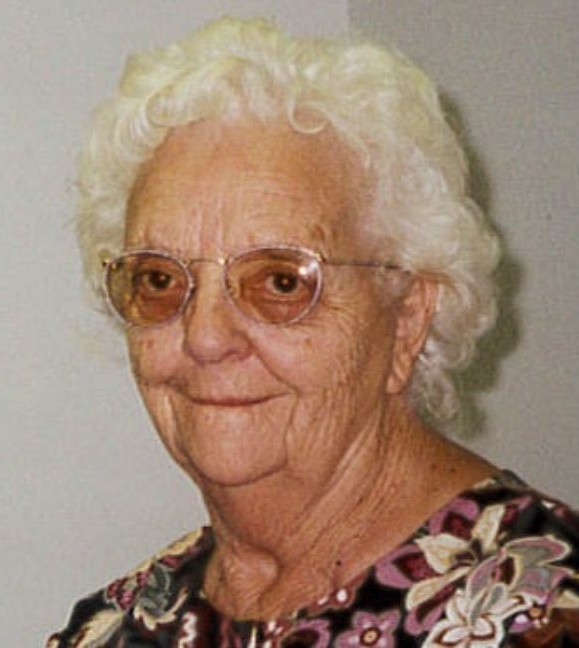 Doris Eileen (Deafendeffin) Snyder, 98, of Indianapolis, passed away peacefully at home on November 25, 2017. She was born on October 9, 1919 in Lima, Ohio. Doris was the daughter of Dee Scott Deafendeffin and Kathryn (Roeder) Deafendeffin. Doris has a brother, Harold Deafendeffin, who was ten years younger and a sister, Alice (Deafendeffin) Altstaetter, who was three years older than her. She graduated with honors from Shawnee High School in Lima, Ohio in 1937.

Doris married her loving husband of 66 years, Clarence Raymond “Pat” Snyder, on February 16, 1941. Pat was born on February 25, 1912. They had two children; a son, Thomas Lowell Snyder, and a daughter, Patty Jo (Snyder) Patterson. Doris and Pat moved their family to Indianapolis, Indiana in 1955 with Pat’s employment with the railroad transferred him.
Doris’ two main occupations were bookkeeping and communications. As a civil service employee, she worked in different departments at Fort Harrison, mainly in General Accounting and Communications. She retired from the US Army C.I.D. at Fort Harrison, receiving a certificate reward. After retiring, Doris worked at WTHR Channel 13 at a communications operator.
Doris and her husband, Pat, enjoyed gospel music and sports. The main thing that they enjoyed doing together was playing bridge. They were both Life Masters. Her husband was a Bridge Director for 30 years.
Doris was a member of the Bellaire Methodist Church, ACBL (American Contract Bridge League), and AFGE (American Federation Government Employees).
Doris was preceded in death by her father on July 24, 1973; mother on April 13, 1982; brother on December 28, 2006; sister on September 18, 2010; husband on November 16, 2007; and son on October 17, 1987. She is survived by her daughter, Patty (Snyder) Patterson; grandsons, Tom and Scottie; granddaughter, Kathi; and great granddaughter, Avery.
Services are at 12noon on Wednesday, December 6, 2017 at Legacy Cremation & Funeral Services, with visitation one hour prior to service.