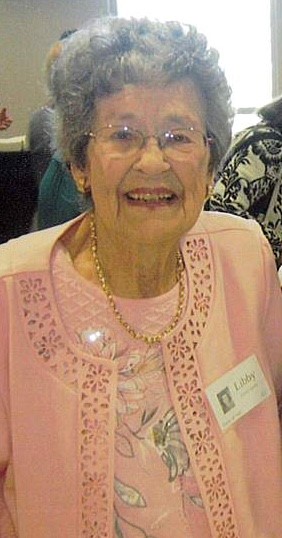 Elizabeth (Libby) Snelz, age 96, passed away peacefully on June 6, 2022 in Avon, Indiana. She was born January 31, 1926 in Indianapolis to Robert L. and Anna L. (Day) Hinch. She later moved with her family to Peoria, IL. She graduated from Bradley University in Peoria in 1947. While at Bradley she was involved in many activities including serving as the first president of the Chi Omega sorority chapter there. She met her husband, J. Stanton Snelz, at Bradley and they married on May 14, 1949. Together they raised five children.

Education was her passion. After graduation she taught grade school in Peoria and later taught at St. Patrick’s Catholic School in Washington, IL.

Libby’s family moved to Indianapolis in 1964, where she continued to devote herself to raising her growing family. She had many interests, including playing bridge, gardening, collecting shells and feeding the many stray cats who came to her door. She was an advocate for special needs children and adults and devoted much of her time to organizations that promoted inclusion for those with special needs. Over the years she volunteered for many organizations, including St. Vincent de Paul Society, Noble of Indiana and Funtastics. She also helped tutor young children in Lawrence Township. She was active at St. Lawrence Catholic Church where she became a Catholic in 2001, after many years of being an active non-Catholic member and parent. She was a member of the Colorado Chapter of Daughters of the American Revolution. Her health finally forced her to slow down her activities at age 94.

Survivors include her children, Janet (Dennis) Haddix of Avon, IN, Eric Snelz of Phoenix, AZ, Edward Snelz of Westerville, OH, Joan Snelz of Tucson, AZ and Angela Snelz of Indianapolis, IN; three grandchildren, five great-grandchildren and one great-great-grandchild; her brother, Robert Hinch of Peoria, IL and numerous nieces and nephews. She was preceded in death by her parents and her husband.

She appreciated her many long time friends, neighbors and fellow parishioners. Her family thanks all of you who have kept in touch with her as her health faltered.

A Mass of Christian Burial will be at 11am on Friday, June 10, 2022 at St. Lawrence Catholic Church, 4650 N. Shadeland Avenue, with a gathering starting at 10am. Burial to follow at Oaklawn Memorial Gardens, Fishers, IN.

In lieu of flowers, memorial contributions may be made to:

Mail your check made payable to Funtastics and send it to:
Funtastics
702 N. DeQuincy St.
Indianapolis, In 46201

Mail your check made payable to Noble and send it to:
Noble
Attn: Development
7701 E. 21st Street
Indianapolis, IN 46219