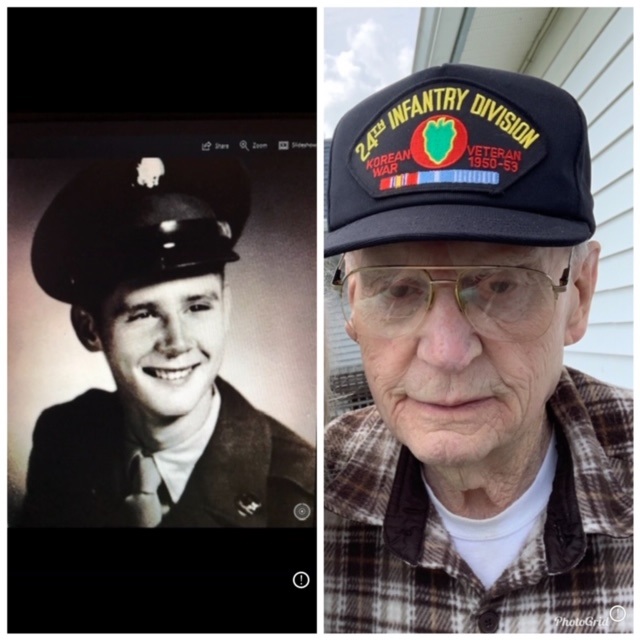 At the conclusion of a Korean Vets life, lasting 88 years, marks the beginning of Eugene R. Esselborn’s final Journey.  It is with great sadness that we announce Eugene’s passing on September 11, 2020 at his home in Avon, Indiana with his family by his side.

Eugene was born at 27 West Arizona Street, Indianapolis, Indiana.  He was the son of Margaret M. Esselborn and Eugene John Esselborn.  He was preceded in death by his parents and his sister, Shirley Whitaker.

Eugene went to Tech High School in Indianapolis, Indiana.  At the age of 16, he went into the military, (ARMY) stationed in Seattle, Washington for nine months, he was a corporal in the Army working in the office and typing letters for the generals.  He was a great typist at 120 words per minute.  Eugene was then sent to Southern Japan, he was in the 24th Division, 19th Regiment.  Eugene was sent to the front lines when the Korean war broke out in 1950 as a machine gunner.  After the war he worked at Chrysler Corp.  He also worked for Conrail (Railroad) for 20 years.

Eugene was an avid swimmer and could hold his breath for five minutes under water. He would do special dives for the army when needed.  He also loved to bowl and was a champion bowler.  He loved the outdoors and the National Parks in the US.

Eugene was a member of the VFW #98 and the American Legion Post #64 in Indianapolis, Indiana and loved visiting there frequently for many years.  He loved visiting with his family and friends.