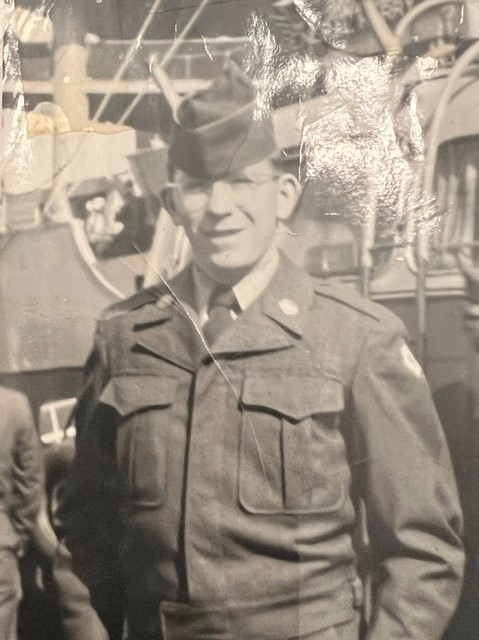 Born in: French Lick, IN
Resided in: Indianapolis, IN

Freddie Lee Goldman, 90, of Indianapolis, passed away in Avon on October 29, 2022.  He was born in French Lick, IN on July 13, 1932, to the late Waymond and Margaret (Hagen) Goldman.  Freddie served his country in the United States Army.  He worked in the Auto Body Industry for 41 years as a Frame specialist.  Freddie married the love of his life, Patty Tomlinson, and together they raised 3 children.  He was a member of VFW Post #2999 and American Legion Post #88.

Freddie loved to Golf, Fish, Play cards, and sit in the carport enjoying the neighborhood. He spent many years after retirement caring for the grounds at Eagle Creek Golf Course.

He is preceded in death by his wife of 45 years, Patty; daughter, Diana “DeeDee” McFarland; and grandson Shane Mcfarland and 8 siblings.

Visitation will be from 11am to 1pm on Wednesday, November 9, 2022, at Legacy Cremation & Funeral Services, 5215 N. Shadeland Avenue, Indianapolis, IN, with a service to start at 1pm at the funeral home.  Graveside services with military honors will follow at Oaklawn Memorial Gardens, Fishers, IN.

In lieu of flowers, memorial contributions may be made to Honor Guard.