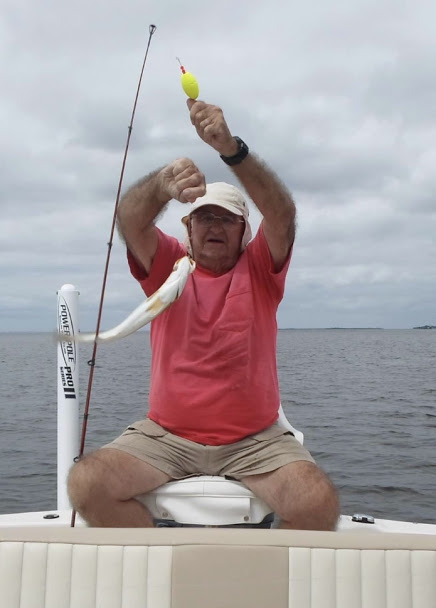 Gerald William Helms, 80, of St. James City, Florida, passed away on July 23, 2020. He was born on October 6, 1939 in Indianapolis, Indiana to the late Cash and Mary (Cobb) Helms. Gerald graduated from Lawrence Central High School in 1957. He served in the U.S. Marine Corps. Gerald was a firefighter for the IFD # 1, retiring on December 7, 1984 as a Corporal. He also owned his own company, called McDonald and Helms Plumbing and Heating Co.
Gerald loved to fish. When he retired, he moved to Florida with his wife, and they went fishing almost every day.
Gerald is preceded in death by his parents, mentioned above, and his son, Jerry Allen Helms.
He is survived by his wife of 57+ years, Nancy (Barnett) Helms; daughter, Cindy (Joe) Redmond; daughter-in-law, Deanna; grandsons, David (Kendra) Redmond and Jacob (Mara) Redmond; great-grandchildren, Addelyn Grace, Brielle Elizabeth and Eli Michael; along with many nieces and nephews.
Services will be private. Gerald’s final resting place will be at Lincoln Memory Gardens, Whitestown, IN.
In lieu of flowers, memorial contributions may be made to the Alzheimer’s Association at act.alz.org

The family greatly appreciates donations made to these charities in Gerald William Helms's name.