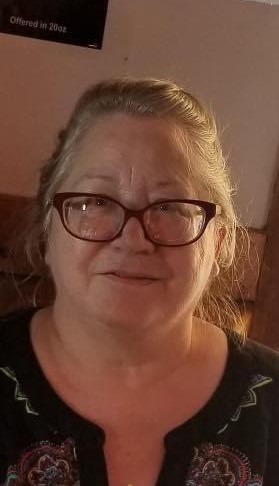 Born in: Huntsville, TN
Resided in: Muncie, IN

Gloria Lee Chambers passed away on Tuesday Nov. 30, 2021 at IU ball memorial Hospital in Muncie, IN. She was 66.

She was born June 3, 1955 in Huntsville, TN. She was a retired LPN.
She was preceded in death by her daughter Jessica Lynn Huckeby- Gentry, her parents Walter Lee and Mary Edith(Grider) Chambers and Edward Lee Byrd, 2 sisters Sue Caldwell and Janice Stewart, and  2 brothers Billy Boshears and Eddie Byrd.
Survivors include her daughter Chasity Mills and husband Jason, grandchildren Jorden Harris, Cheyann, Emily, and Kassidy Mills, best friend Rhonda Foster, and several other family and friends.
Services: Gloria’s wishes were to be cremated and a memorial service will be held in Scott County, TN at a later date.
In lieu of flowers donations can be made to Senior Dog Lodge & Animal Rescue in Sunbright, TN., Ronald McDonald house charities, or any other charity of your choice in her memory.
Cremation was handled through Legacy Cremation and Funeral Service – Anderson.