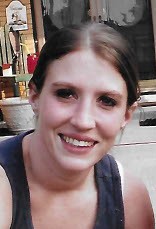 Holly A Keifer, age 41, of Indianapolis, IN passed away on Thursday, October 31, 2019
at her parents’ home. Holly was born in Indianapolis, IN on July 23,1978 to Michael and
Linda (Neidlinger) Keifer. She is survived by her sons Kaden Smith, age 18 and Davin Whitlow, age 14.

Holly had a best friend, Brooke Mitchell who she has known since she was 10 months old. They attended the same daycare and remained close friends all these years. Holly and Brooke considered themselves sisters.

Holly enjoyed camping and spending time with her sons.

Even though Holly had her demons, she had a kind and giving heart. She always tipped servers more than 20% as she knew they worked hard since she had been a server for several years. Holly has also given homeless people money as she knew what it meant to be down on your luck.

She will always be remembered as a mother, a daughter, and a best friend.

Viewing to be held at Legacy Cremation Funeral Home located at 5215 N Shadeland Ave, Indianapolis, IN on Friday, November 8 from 1:00 to 3:00.

In lieu of flowers, donations can be made to Angels At Risk.com. This is a nonprofit organization dedicated to helping kids, teenagers, and families at risk for alcohol and drug abuse.