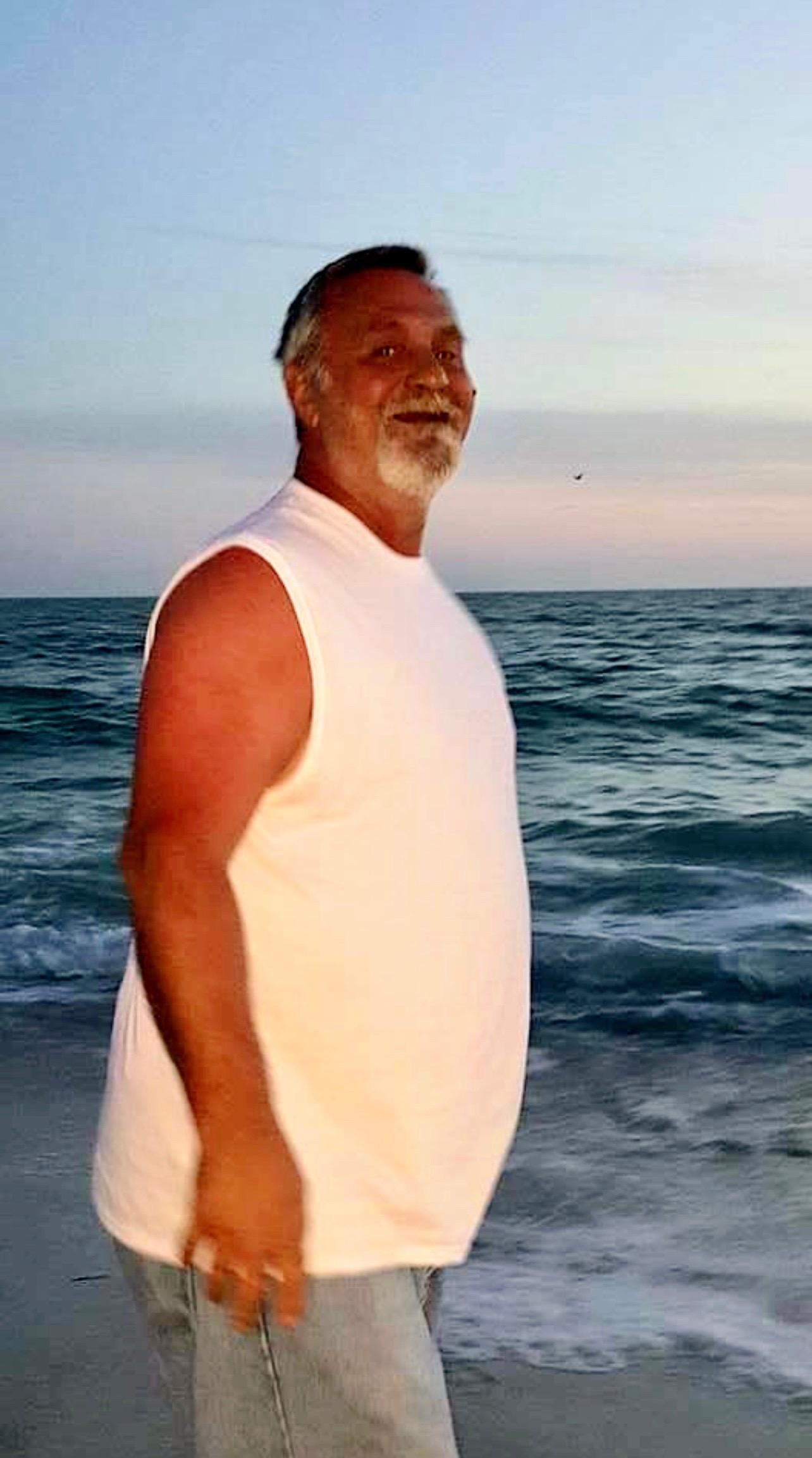 Born in: Indianapolis, In
Resided in: Cloverdale, In

Jackie R. Price, 60 of Cloverdale, IN went home to be with the Lord on April 14, 2022.  He was a very kind big hearted family man. Growing up as a kid I remember always going fishing every weekend.  Jackie loved to fish, especially for crappie. Being on the water was his peace. He had his own secret bait. You could find him sitting on his tackle box with a cigarette in hand.

From Jackie’s early teen years, he knew he wanted to be a Carpenter. At 15, he helped build a home, that confirmed being a Carpenter would be what he would do in his life. Building handmade items, he has left a Legacy of his Carpenter skills. Another one of his passions was cooking, his secret Sweet Tea recipe, Peanut Butter Fudge. He had even considered becoming a Chef in his younger years.

He was a strong person, always with an open ear, good advice. He didn’t like to be mad.  If you were mad or upset, he would do what he could to cheer you up. He always had something to joke about, when he came in the room you knew he was coming with a joke. Jackie wasn’t ever a materialistic person. He never cared about things or money he just loved life. If we needed something, he always said were a team we will figure it out together. Truly an unselfish man. His grandkids, they meant the world to him.

Playing the lottery or go to the Casino were at the top of things Jackie enjoyed playing. He always had the best of luck on them and seemed to hit and be a winner all the time. He couldn’t start his morning with out a cup of coffee and checking on his favorite game. He had people all around the world he played this game with.  Should he be running short on cash and was unable to put himself into the tournament, his buddies would make sure and put in a few dollars so he could play in the tournaments.

Jackie had shared, the last 2yrs had been the best he had of his whole life. Living life on the lake was his “happy spot”. He was in the process of buying a Pontoon boat just prior to his passing. He had laughed and said, he was naming it “After Me”. That way when he was no longer here, we could still be on the water after him.

In closing the family would like for everyone to know, he was very loved by many. Jackie had many titles he went by, dad, daddy, best friend, brother. papaw, uncle, pops, and hero. His greatest title now is “Our Angel”.