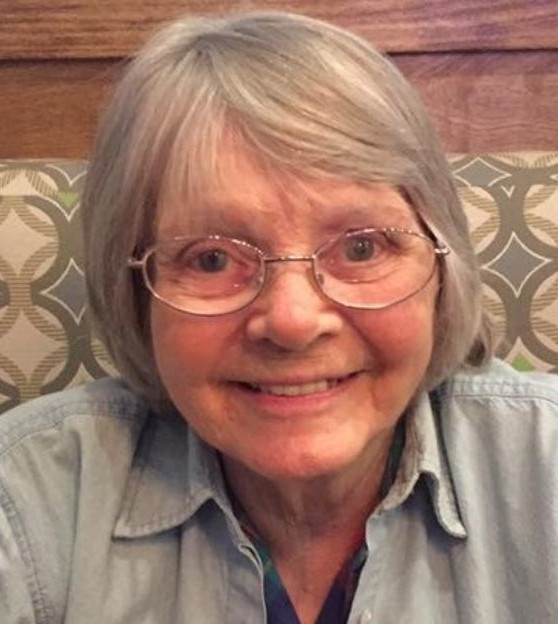 Jean was born and raised on the Cowan Dairy Farm in Oshkosh, Wisconsin. She was an avid reader and could often be found with her nose in a book, avoiding chores whenever possible. After graduating high school, she worked in at the First National Bank of Oshkosh for nine years until she and brother Jim ventured off to California looking for sunny skies and warmer weather. This is where she married the love of her life, Dallas Rudell, started a family, and settled in Simi Valley, California.

Jean, Dallas, and their son Robin traveled the world; visiting Greece, Paris, Lebanon and living in Bangkok, Thailand and Jeddah, Saudi Arabia for extended periods of time. Upon the conclusion of each adventure they always returned to Simi Valley. Jean was meticulous note taker, loved numbers, and worked as an accountant for the Associated Students, California State University at Northridge. After retirement she loved to volunteer. She was active with the Boys and Girls Club of Simi Valley, Simi Valley Cultural Arts Center, Vista Elementary School Library, and the Ronald Reagan Presidential Library, to name a few. Jean called Simi Valley home until 2010 when she moved to Fishers, Indiana to be closer to family.

Jean loved her son and daughter-in-law, grandchildren, and great-grandchildren. Her face would light up when the kids were around, she was so proud of them. Next came the dogs in her life. You could always count on her if you needed a dog sitter. The first stop every time she visited our house was a trip to the dog’s treat jar to pass out goodies to all the dogs at the house that day. At the end of every visit to her apartment, she could always be heard saying, “…and pet the dogs for me”.

She was preceded in Heaven by her parents Cecile Nelson and Milton Cowan, step-father Wesley Brown, husband Dallas Rudell, brothers Dan and James Cowan, and great-grandson Jacob Rudell. She is survived by her brothers Terry and Steve Cowan, son Robin, daughter-in-law Vicki, grandchildren Christin, Corey, and Kelsie, and great-grandchildren Finn and Emmy.

Jean requested private arrangements for her memorial service. Immediate family will celebrate her life on Wednesday, December 27th. The family wishes to thank all of those who cared for her during her most recent illness.