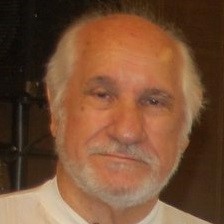 Died at Community Hospital Anderson, IN after an extended illness.

Jerry is survived by everyone listed above, along with:
His wife, Lisa Moss of Elwood, IN
2 sisters: Ina Johnson and Kimball of Kentucky and Brenda Neff and Jerry of Orestes, IN
1 brother: Jeff Moss and Brenda of Guntersville, AL

Jerry worked in construction most all his life and made many friends.
He had a great passion for singing Gospel music, Jerry loved singing at his church and going to nursing homes to sing for the elderly.
He enjoyed visiting his friends and having breakfast with them.
Jerry loved going on fishing trips with his brother, Jeff, his son, Eric and his son-in-law, Tim and all his friends that loved fishing.
He loved to sing with his grandchildren at church and doing karaoke with Haylee and Madison.
Jerry loved to share stories of his family with his grandson, Rex.
His beloved granddaughter was building him a tiny house to live in and he was so grateful to her and Chris.

Any contributions can be made to his church, Center Grove Separate Baptist Church in Greentown, IN.
A celebration of life will be held for Jerry at a later date at his church.