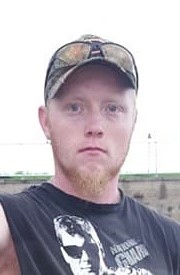 Born in: Anderson, IN
Resided in: Elwood, IN

Jesse loved to fish and race at Anderson Speedway with his dad, brothers Justin and Marcus, cousins Aaron Brown and Austin McKinney, and uncle Brian McKinney.

He was proceeded in death by his mother, Lorrie Clark and cousin, Dakota Misner.

Visitation will be held from 2pm to 4pm on Tuesday, September 3, 2019 at Legacy Cremation & Funeral Services, 504 W. Ninth Street, Anderson, IN, with services to start at 4pm.

In lieu of flowers, memorial donations may be given to the funeral home to assist with funeral expenses.