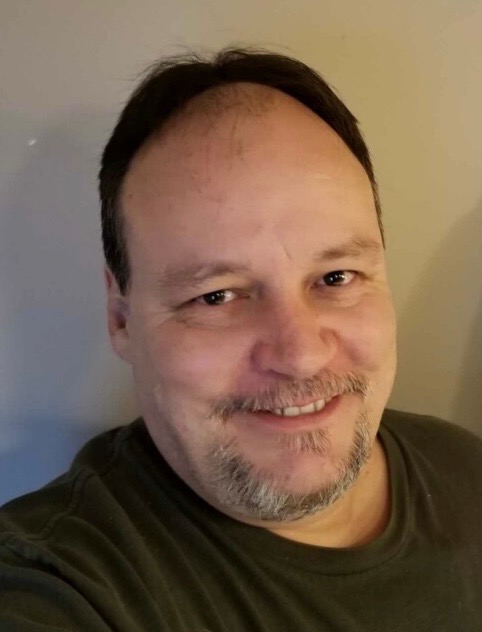 Born in: Wabash , IN
Resided in: Anderson, IN

Mr. John Patrick Huffman, of Anderson, IN, died on Saturday, January 15, 2022. His three children were by his side as he passed away at Community Hospital. He celebrated his 55th birthday in the ICU on a ventilator, as he fought the battle of Covid pneumonia. John put up a good fight, but after a long thirteen days in the hospital, his body gave up on him, and the Huffman’s family hero was gone.

John was born January 11,1967, in Wabash, IN, and grew up in Rowland Heights, CA, where he began his successful career in IT. John was very intelligent in many different areas. He took pride in being able to do whatever task was needed and was a hard worker.

Mr. Huffman was a loving and loyal husband to Tina (Loudermilk) Huffman, with whom he met and fell in love in Rowland Heights, CA. They shared 24 years together and created a beautiful family. John was a devoted and loving father and was very motivated to protect and provide for his family. John’s favorite title was Grandpa. His grandchildren meant the world to him, and he spent every minute he could with them: teaching them, loving them, and being there for them.

John was patient, kind, caring, and very optimistic. He lived life to the fullest and like there was no tomorrow, and enjoyed having a good time. John had a contagious smile that would light up the darkest room, and an impeccable and unique sense of humor, living to make others smile. He had great taste in music, loved dancing and a good karaoke night, and was the life of the party, enjoying being silly without a care in the world. John was a huge sports fan, enjoyed watching hockey and football, and was a diehard Colts fan like his father, John David Huffman, never missing a game.

John touched more lives than he could have known during his time here on Earth. He was one of a kind, a “limited edition”, and will be extremely missed by so many. He would say, “Live and let die”.

“Death leaves a heartache no one can heal; love leaves a memory no one can steal”. You were right, John, the good do die young.

Due to the risks of holding gatherings during the pandemic, there will not be a visitation or funeral. A memorial celebration in John’s honor, for family and friends, will be planned at a future date.