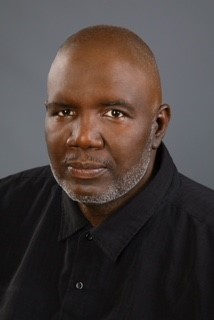 Jonathan Thompson, 54, of Cumberland, IN, passed away on August 14, 2018.  He was born on January 29, 1964, in Indianapolis, IN to Robert and Merla (Alender) Thompson.  Jonathan was a 1982 graduate from Arsenal Technical High School.  After high school, he earned his F.C.C. License and worked as a radio engineer, announcer and promoter for two radio stations, WGRT Indianapolis and KTYM Los Angeles.  Jonathan was a minister and former pastor, who completed requirement classes for ordination from Life Bible College in 1994.  He also started in 2016 driving a bus for the elementary and high school students of Warren Township.

A dedicated family man first, he enjoys spending time with his wife, Janel; sons, Jeremy, Joshua, Sir Jonathan II, and Jairus Benjamen.  His ultimate goal is to raise the level of hope for humanity and encourage an open mindset that brings a more civil society.  Jonathan’s teaching style relates to multi cultures, various ages and their language, while suing real life applications.

Jonathan Thompson is the founding director of AM4YOUTH (Arts Motivation for Youth).  A non-profit performing arts education program geared toward youth in Indianapolis, Indiana.  His in-school and after-school theater music workshops have been popular using his own curriculum to teach literacy, writing, language, prose, academics, self-esteem, inspiration, motivation, and life-skills.  Over six thousand young people have come through his workshop programs since 2006 across Indiana.

Thompson’s talent and ability as a musician brought him national gospel music popularity after taping a documentary called “It’s Gospel” bicycled all over the USA through cable television in 1982.  In 1983, he was a featured soloist on two gospel music recordings for two different record labels.  His choir rendition and arrangement of “Amazing Grace” on Tyscot Records made #16 on the National Gospel Billboard Charts. The PAW Gospel Music Workshop of America founded by Bishop Charles Watkins recognized him as woodwind instrumentalist of the year, also in 1983.  Dubbed “Man with the Golden Horn” by his pastor, the late Bishop James E. Tyson, Jonathan’s sound has been heard all around the world.

Jonathan’s early training as an actor in various schools and plays fueled his passion to tell and interpret stories, as well as, portrayals and interpretations of Paul Robeson, George Washington Williams, and Edward Bearcat Wright.  He can be seen on television reruns on NBC’s Fresh Prince of Bel-Air and ABC’s sitcom, Coach, as well as several radio and television commercials.

A self-published author, his books center around his work.  “Major and Minor Scales for Alto Saxophone” was inspired by one of his students from his in-home music programs.  Thompson’s “Urban Shakespeare” book is a popular theater curriculum, which is used in workshops in the Indiana Public Schools.  “Together We Stand” is his first children’s book inspired by an after-school theater program dealing with conflict-resolution.  His book, “Bedroom Talk”, is designed to support and counsel couples on the importance of keeping a healthy marriage.

Jonathan further propels his drive by serving others, particularly young people.  A visionary, one of his ultimate goals is to turn his arts education program into a vocational training school in Indianapolis.

He is survived by his wife, Janel; children, Jeremy (Evonne), Waikel, Sir Jonathan, and Jairus Thompson; grandson, Jeremiah; siblings, Mark (Irish), Steven (Joann), Benjamin (Sally), Lisa Thompson-Cantrell (Veron), and Matthew (Maxine); along with a host of nieces, nephews, and extended family, who lovingly referred to him as Uncle Jon or Dad.

A celebration of love will be held at 5pm on Sunday, September 9, 2018 at Arsenal Technical High School in the auditorium, 1500 E. Michigan Street, Indianapolis, IN 46202.