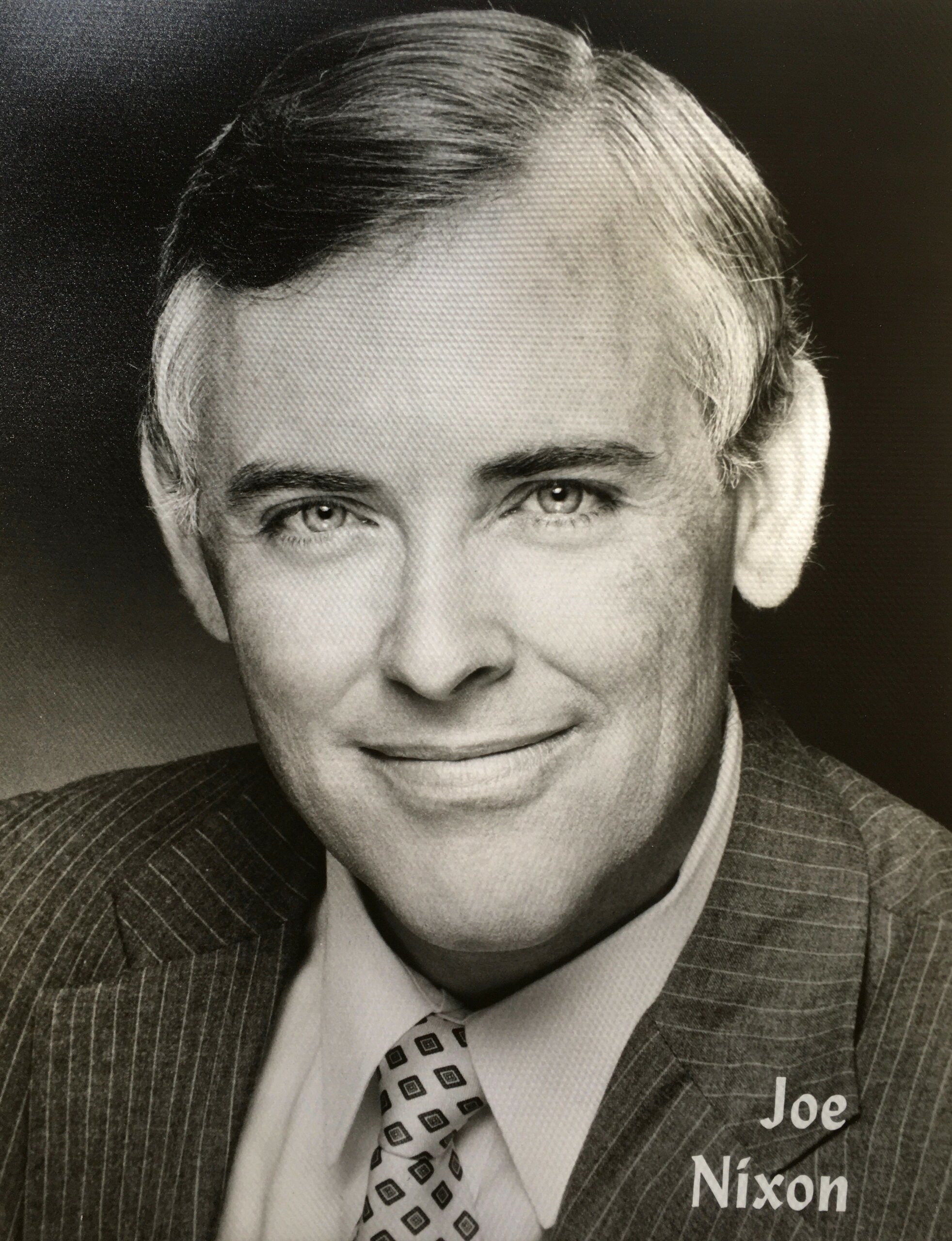 Joseph Henry Nixon Jr. was born March 19, 1948 to Joseph Henry Nixon and Marian Hamp Nixon in Peru, IN. He had three siblings—Eugenia, Don, and Joan—and Joe was the youngest. His eldest sister, Joan, is now deceased and there was also a fifth sibling who was stillborn. He grew up in Wabash, IN. In 1966, he graduated from Culver Military Academy in Culver, IN, and in 1970, he graduated with a degree in Journalism and a minor in Urban Studies from Indiana University. He then went on to earn an MA in Business from Indiana University in 1972. While at Indiana University, where he was a member of the Singing Hoosiers, he met his future wife, Nikki Peck (m. 1969–1985). They were married in their senior year on December 14, 1969. They then joined celebrated mountaineer Paul Petzoldt in his annual New Year’s assaults on the Grand Tetons in Wyoming, where they celebrated their honeymoon. Both were graduates of Petzoldt’s National Outdoor Leadership School, which he founded in 1965.

Joe began his career at Nixon Newspapers, a family-owned company publishing small daily and weekly newspapers in the Indiana towns of Peru, Wabash, Michigan City, Frankfort, and Auburn. He also served twice on the Board of Directors for Nixon Enterprises, Inc. From 1979–1980, Joe was a morning news anchor, political reporter, and weekly talk show host for WBAK-TV38 in Terre Haute, IN. He was a registered regional representative at ShareAmerica, a startup securities broker-dealer, which he helped get registered in thirty-two states, dealing with both state and federal regulations. He also contributed to the educational activities of the Hyperspectral Imaging Foundation and helped identify the programs for scholarships and grants the Foundation adopted.

Joe’s two children, Sunset Sky and Joseph Henry III, were born in Michigan City, where he loved singing and participating in musical theater. He played the male lead, Tommy Albright, in Brigadoon; Lazer Wolf in Fiddler on the Roof; and Bert Healy, a radio announcer, in Annie with his daughter, Sunset, playing one of the orphans. Joe enjoyed living near Lake Michigan, and he took many beautiful photos of the sun setting at the beach, often with the Chicago skyline visible in the background. The beauty of nature inspired the name of his daughter, and he even built a dark room in his home to pursue his interest in photography. He also enjoyed water skiing, sailing, and surfboarding on Lake Michigan and at Lake Maxinkuckee. He had a pair of Hobie Cats that he sailed on the Delaware Bay when he later lived in Wildwood, NJ, where he owned and managed an apartment building near the boardwalk there.

After his divorce, he lived in Chicago and then in Philadelphia with his second wife, Deb. In Philadelphia he ran his own business called Fox Pools, and he also sold Sony products. He was interested in computers even in their early days, and he also sold Seiko products in the 1980s. He believed that technology could help people learn to communicate more effectively, which could improve both business and political leadership. After this short marriage ended, he eventually moved to Bonny Doon, CA, in 2000 to be near his daughter, a teacher at the Santa Cruz Waldorf School. Joe was a member of the Bonny Doon Union School District Board of Trustees, and he was active in community affairs in both Santa Cruz and Monterey Counties in California. He ran for U.S. House Representative on the Republican ticket in the 2002 general election, but he lost to 14th congressional district incumbent Anna Eshoo. He enjoyed being close to Silicon Valley, and his passion project was to develop a video game based on improving communication skills.

In his later years, he moved back to Indiana and lived with his older brother Don on Geist Reservoir to be near his son, Joe III, daughter-in-law, Erin, and grandsons, Joe IV and Ty Douglas, in Fishers, IN, where he passed away on February 28, 2022. He was very proud to see his name passed on to a fourth Joe Nixon, and he especially enjoyed watching his grandsons grow. He took great interest in seeing his son’s business and real estate endeavors flourish, and he always made sure to tell his children how glad he was that they were born.

Joe was a beloved father, brother, and son who valiantly battled Parkinson’s disease during the last years of his life. In lieu of flowers, donations can be made to Rock Steady Boxing, an organization based in Indianapolis helping people with Parkinson’s disease fight back through exercise, by visiting their website at: https://www.rocksteadyboxing.org/