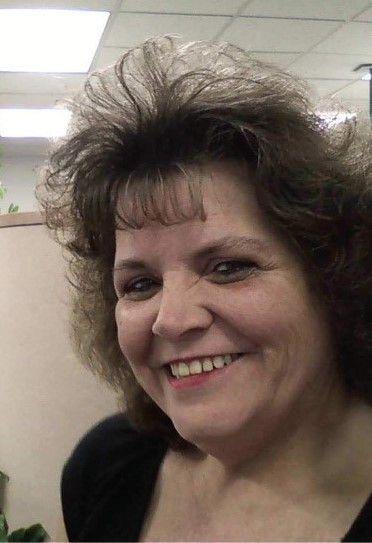 Kimberly Jean Wright, age 61, born in Kings Mountain, NC, slipped away in her sleep on February 12, 2021, at her home in Indianapolis, IN.

Kim, also known as Kimmy, Sissy, and Momma to many, had a great love for her family, and was a huge music fan. Some of her favorite artists were Elton John, Def Leppard, Hall and Oates, and Olivia Newton John, just to name a few. She was a project manager at Dynamark Graphics in Indianapolis, IN. She was a huge advocate for animals, and had her own fur babies and fur grandchildren.

Kim was preceded in death by her father, 2 grandmothers, 2 grandfathers, many aunts, and sister-in-law. She is survived by her loving children, daughter, Amy Hanks and her husband, Barrett Brown and son, John Wright. Kim also had an “adopted” son, best friend of Amy, Adam Willoughby. She leaves behind her Mother, Linda Mooneyhan, three Brothers, Jamie (Rick), Everette (Julie), and Chris, Aunt, Carol Boone, as well as many cousins, nephews, a niece, two great nieces and a great nephew.

We are saddened by the loss of Kim, but we are glad that she is at home with her creator and no longer in pain. We will think of her every single day.

No services will be held, as Kim did not want that, but she will be celebrated privately in her home town. Rather than flowers, we ask for donations to be made to The American Cancer Society and The ASPCA in her name.