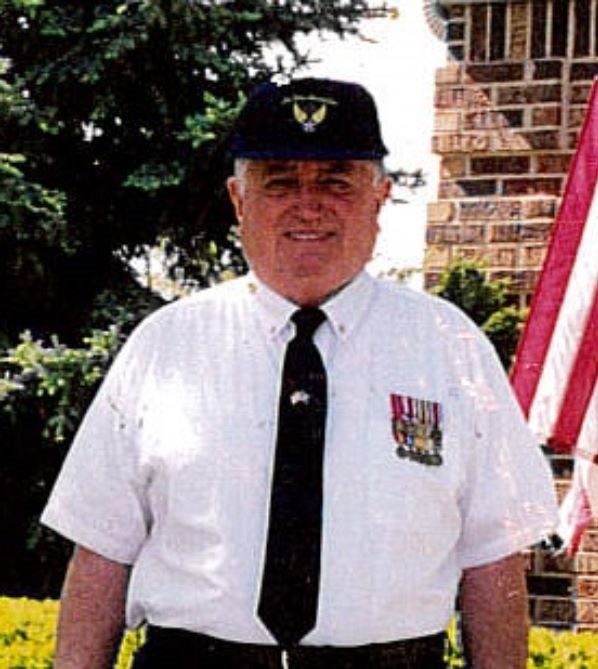 Jack Eugene Beaty 87,of Indianapolis, Indiana passed away April 27, 2017. He was born on June 19, 1929 in Bloomington,Indiana to Edward Lee Beaty and Zelka Lomax Beaty. Jack graduated from University High School, Bloomington,IN in 1947. He received his Bachelor’s Degree from Indiana University in Secondary Education in 1951 and a BS in Physical Education Jan. 1975.

After a year at Allison Div, GMC as a Line Inspector, Jack joined the US Air Force in 1952 with various assignments in Wisconsin, Koreaand Georgia until 1955 at which time he remained in the AF Reserve while working as a Sales Manager for Behr-Manning Co. of Bloomington and also Brunswick Corp. of Chicago. He was recalled for active duty March of 1962 in the area of Air Weapons Control.

From that point on, Jack held many positions all over the US,as well as overseas including Germany, Vietnam, Egypt, China and Korea. He served in the Korean War 1952/1953 and the Vietnam War in Saigon 1966/1967. Jack retired on December 1, 1978 as a Lt. Colonel of the US Air Force after more than 28 years of service. He continued working as an Air Traffic Controller for the US defense industry afterwards through Westinghouse Corporation for 15years. After civilian retirement, he stayed very active in the community through the Korean War Veterans Association where he served as Chaplain, Secretary, and Commander performing military funeral ceremonies, welcoming soldiers home, and advocating for veterans. He received many special awards and accolades while in active duty including The Bronze Star Medal in Vietnam (‘66/’67), AF Commendations (‘68/’70 9AF and ‘71/72 USAFE) and the AF Meritorious Service Medal (‘74/’78 HQ TAC).

Jack is survived by his son, Jim Beaty of Fishers, IN. He was preceded in death by his wife of 55 years and the love of his life, Judy (Weller) Beaty; son, Brian Beaty; parents Edward and Zelka Beaty, daughter-in-law Deb Beaty; and brothers Bob and MaxBeaty.

A private memorial with Taps being played at the conclusion willbe held for immediate family and close personal friends. Friends may make memorial contributions tothe Military Officers Association of America (MOAA), 201 N. Washington Street,Alexandria, VA 22314. Online condolences may be shared in the guestbook with family and friends at www.legacycremationfuneral.com/obituaries