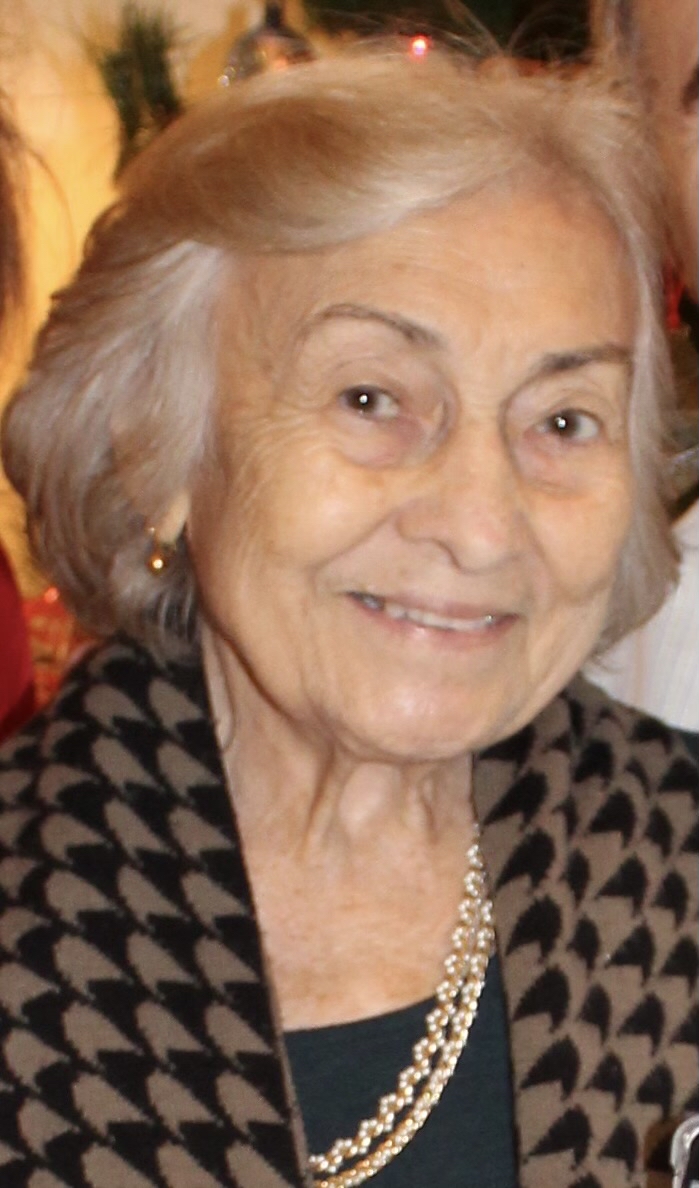 Born in: Limoeiro, Pernambuco, Brazil,
Resided in: Westfield, IN

Mrs. Margarida Cane Sistelos, age 87, went to her heavenly home on October 14, 2022.  She was born on August 27, 1935, in Limoeiro, Pernambuco, Brazil, to the late Jose Manoel dos Santos Cane’ and Isabel Barbosa da Silva. Margarida grew up in Limoeiro with 5 siblings.  She graduated from Limoeiro High School and went to college in Recife for a degree in business administration.  Margarida was self-employed for many years, producing and selling railroad ties during the 1950s and 60s, a time when the Great Western Railroad Company of England was expanding its railroad services throughout all northeast Brazil. Later, she sold bricks to the major construction companies of Recife.

Margarida often commented that she had had a wonderful childhood. She grew up on a big farm where she ran a lot and played a lot. She was a spirited and lively young girl, curious about the world, and often spent her time watching the farm machinery in action, the tractors and cotton pitters, and the many people who worked on her family’s farm. She learned many things by accompanying her father on business trips, and by age 15 she was working alongside him, making her own money, “learning the ropes”, and contributing to the family’s expenses. Margarida’s father was a well-known and respected man in the community, so much so that a street in Limoeiro is named after him.

A few years later with Margarida in her late teens, she had saved enough money to buy a house in the suburb of Cordeiro in Recife. Shortly thereafter, she met a young man named Martins, who had just immigrated to Brazil from Portugal. Martins worked in sales for a company that produced steel products. They fell in love and married on December 13, 1957, at Sao Sebastiao de Cordeiro Church. In the early 1960s, they had three children: Antonio, Isabel, and Gloria.

Margarida’s greatest joy in life was being a mother. She taught her children to work hard, study, and prepare themselves for the future. She shared with them her love for numbers, love for nature, animals, and birds (of note, she raised parrots and other birds for many years). She especially passed on to her children her love for other people. She read the newspaper daily and kept track of information regarding the people and places she knew best. Margarida also demonstrated graciousness by caring for her own mother, Isabel, in her home. She prepared delicious meals for her family, served others in the community with donations or words of encouragement, and shared from God’s abundance all her life.

Margarida’s faith in God was the greatest legacy she passed on to her children and grandchildren. Her faith grew deeper through each challenging situation she encountered. She read the Bible and prayed, sang hymns and trusted the Lord with all the heartaches of her life including financial hardship, widowhood, raising her children on her own and, later on, painful broken bones, torn tendons, and debilitating health. The support of her family and friends meant a lot to her along life’s journey. She greatly appreciated the prayers of the saints from where she was able to attend periodically with her children at Igreja Presbiteriana do Cordeiro and Igreja Biblica de Boa Viagem.

Margarida is preceded in death by her parents, Jose Manoel dos Santos Cane’ and Isabel Barbosa da Silva; her husband, Antonio Martins Sistelos; and all her 5 siblings.

Margarida also deeply loved her three grandchildren: Samuel Cane Sistelos Lima (son of Silvio and Isabel); and Victoria Sistelos Nunes and Rachel Sistelos Nunes (daughters of Heber and Gloria). She had many nieces and nephews as well (a total of 25), all from the Recife area.

Margarida’s Funeral Service will be at 11 am, Monday, November 7, 2022, at Grace Church, 5605 S. Franklin Road, Indianapolis, IN 46239 with Pastor Don Sommer officiating.  Her Entombment will follow at the Hamilton Memorial Park Mausoleum, 4180 Westfield Road (Route 32), Noblesville, IN 46062.

In lieu of memorial gifts, the family requests that donations in Margarida’s memory be sent to the ministry of TBS Ministries, Inc. (15677 Buxton Drive, Westfield, Indiana, 46074).