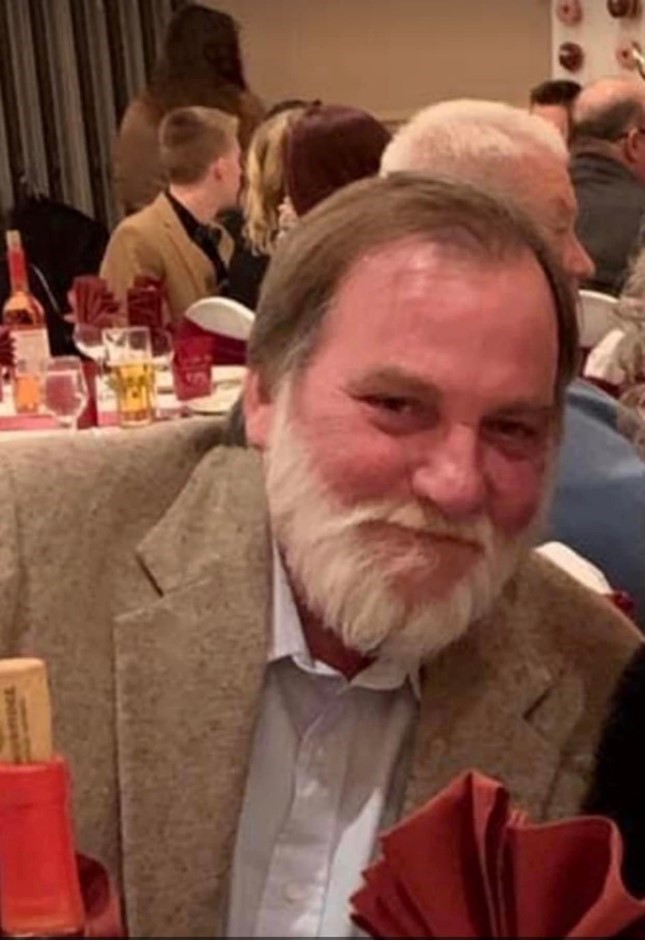 Born in: Batesville, IN
Resided in: Indianapolis, IN

Mark Kevin Rogian, 64 of Indianapolis, cracked his last joke on May 25, 2022. He passed
quickly, after doing what he loved, which involved visiting his favorite gas station to buy fountain
drinks with pellet ice and lotto tickets.

Mark was born September 24, 1957 in Batesville, Indiana to Ida Virginia (Bare) and Arthur
Rogian. He was the 9th in line of 11 children, and it goes without saying they were a Catholic
family. Mark loved his family, and will be happy to join those who have gone already.

Mark leaves behind his loving wife and best friend of 44 years, Mary Lou (Maier), as well as
their two children Sara (Chad) Kring, Brownsburg, and Drew (Katey) Rogian, Fishers. He also
has 2 grandchildren whom he frequently allowed to boss him around. Eli and Harlow were very
important to their Grampa, and they will miss him terribly. Also left behind are his siblings:
Arthur, Sandra, Deborah, Jacque, Steven and Mary. He had a special place in his heart for his
sister-in-law Miera, a host of nieces, nephews and other family members as well as friends to
mourn his death.

Waiting to join him at the Pearly Gates are his parents, Arthur and Ida Virgina, siblings: Michael,
Linda, Victoria, Gregory, and brother-in-law Vance, along with other family members and close
friends from the many places he lived and visited.

Mark was a hard-working man who gave 30 years to General Motors. To attempt a great life
outside work he enjoyed racing, especially Indy cars. He would spend the entire month of May
at the Indianapolis Motor Speedway with his racing buddies. He loved collecting memorabilia
that now fills an entire garage, and leaves no parking space for anyone, especially the love of
his life Mary Lou. He had apologized for the state of the garage. He also enjoyed watching
football, mostly Notre Dame Football, as well as the Indianapolis Colts, and razzing those family
members who didn’t root for the same teams.

Mark was a special, old soul, who loved to joke around, and have a good time with his family.
He loved music and experimenting with crazy, but very appetizing new recipes. He loved to
watch Spongebob and The Simpsons, The History Channel and Paranormal TV. He was
convinced that his green eyes made him (and his loving daughter Sara) aliens, because
someone on the history channel said so.

The family would like to thank everyone for their thoughts and prayers at their time of grief. Mark
was a very special husband, father, grandfather, brother, uncle and friend who meant so much
to so many people.