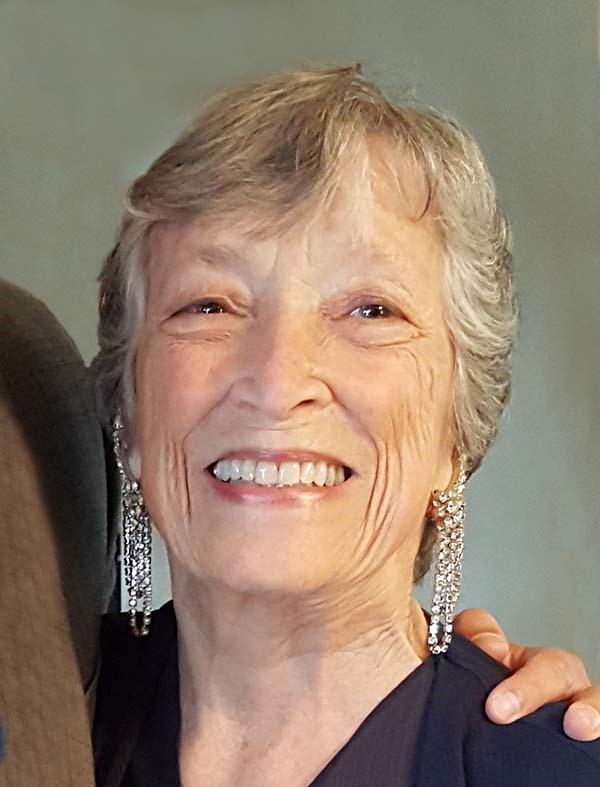 Born in: Lawrenceburg, IN
Resided in: Indianapolis, IN

Martha Rose (Rosie) Morris Gibson, 90, of Indianapolis, passed away Friday, October 1, 2021, at her home. Born in Lawrenceburg, IN, she was a graduate of the 1949 class of Lawrenceburg High School where she received many academic awards. As a youth, Rosie was an award-winning trumpet player and at age nine she played a solo with the high school band during a community performance. She later graduated from Indiana University in 1987.

Rosie (aka ‘Big Mom’, to her grandchildren and great-grandchildren) was a miracle. Diagnosed with pancreatic cancer in 1996, and a subsequent brain tumor in 2002, nothing could stop her vibrant energy and zest for life. She lived life with a smile and a sharp sense of humor.

Throughout her married life, her husband’s work allowed them to reside in many states including California, Indiana, Ohio, Pennsylvania, and Texas. They also made England their home for five years where she raised yellow Labrador Retrievers along with her children. She enjoyed traveling and in 2014, she travelled to Africa on safari with four of her children and her son-in-law. It was a trip that she vowed to take again.

Rosie loved a good book, a fine wine, and music—especially jazz. She enjoyed many trips to New Orleans, not only for the music, but also for the cuisine. She was an exceptional cook, having studied at Le Cordon Bleu, and could often be found dancing to jazz in her kitchen. Entertaining family and friends brought her great joy.
The daughter of the late Fred and Agnes (McLeaster) Morris, she was predeceased by her parents, her husband, Dr. Roy Leonard Gibson, Jr., as well as her children, John Morris Gibson and Dr. Sarah Ann Gray, and her daughter-in-law, Chae Ok Gibson.

Rose will be greatly missed by her loving and caring daughter, Martha Runion of Indianapolis, IN and her devoted sons, Roy Gibson of Denton, TX and Stewart Gibson (Laura), of Ridgefield, CT. She is survived by her beloved sister, Pat Busse, and Pat’s daughters, Jonna MacDougall (Eric) and Anita Day (Rob) all of Indianapolis, IN; her dedicated son-in-law Glenn Gray of Philadelphia, PA, and daughter-in-law Linda Gibson and her family of North Carolina.

A memorial service celebrating Rosie’s life will be take place at a future date. In lieu of flowers, memorial contributions may be made to Outrun the Sun (outrunthesun.org) or Military Benefit Foundation (milbenfoundation.org) in memory of Rosie Gibson.