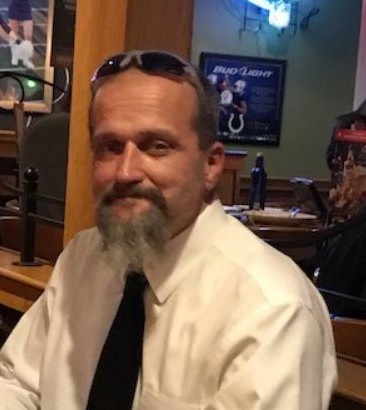 Michael Christopher Myers, age 48, of Avon, IN passed away unexpectedly on Thursday, April 5, 2018 at his home. He was born on January 4, 1970 in Indianapolis, IN to Donna Jean (Ruff) McPeak and John Michael Myers.

He worked in construction but his real passion was working as a tattoo artist. He was known by many for the elaborate and decorative tattoo’s he drew. He loved hunting and was a great jokester whose since of humor will be greatly missed by his family and friends. He was a member of the Mars Hill Charity Riders.

Visitation will be held on Monday, April 9, 2018 from 2:00 p.m. until the time of the service at 4:00 p.m. at Legacy Cremation & Funeral Services – Indianapolis. The family would appreciate any flowers or windchimes to be sent to the funeral home. Memorial donations in Mr. Myers’ memory can be made to the family to help with final expenses. Envelopes will be available at the funeral home.