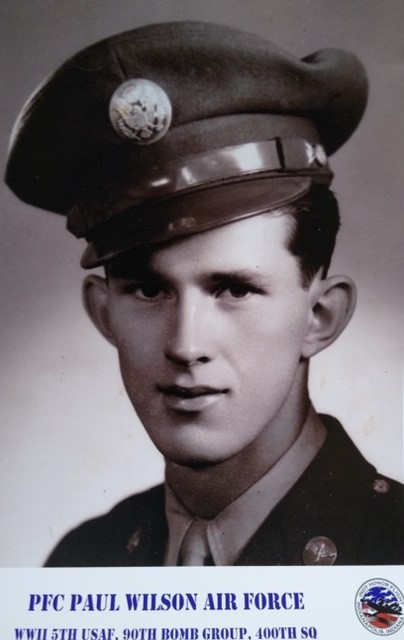 Born in: South Bend, IN
Resided in: Cumberland, IN

Paul R. Wilson passed away on January 13, 2020 at the age of 96. He was born on December 12, 1923 in South Bend, Indiana. Paul was raised in Indianapolis, Indiana and graduated from Howe High School. He served in the U.S. Air Force during WWII in the Jolly Rogers Squadron. Paul was a firefighter for the Indianapolis Fire Department for 38 years, along with being the owner of Accent Advertising. He was a founding member of the Firefighter’s Credit Union and a Commodore of the Indianapolis Yacht Club. Paul was also active in the Murat Shrine and the Eastside Exchange Club.

Visitation will be from 10am to 10:45am on Saturday, January 18, 2020 at Legacy Cremation & Funeral Services, 5215 N. Shadeland Avenue, with a service to start at 10:45am. Burial to follow with military honors at Memorial Park Cemetery, Indianapolis, Indiana.

In lieu of flowers, memorial contributions may be made to Cat’s Haven, 2603 N. College Avenue, Indianapolis, IN 46205 or www.catshaven.org in Paul’s memory.