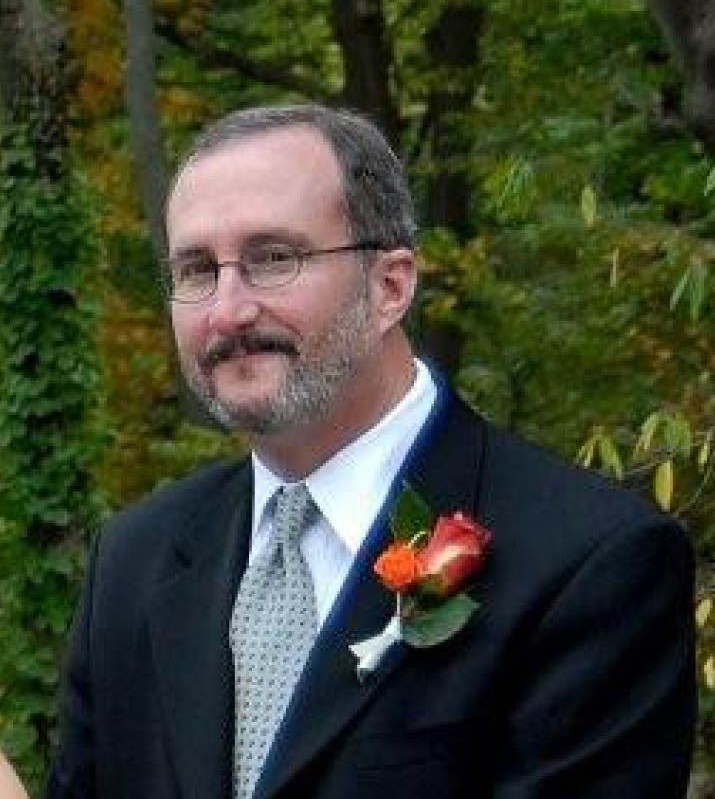 Philip Harding Carey, 56, of Indianapolis, passed away in his home on Saturday June 16. He was born in Teaneck, N.J., and moved with his family to Indianapolis in 1973. He was a graduate of Lawrence Central High School and earned a degree in electrical engineering technology from IUPUI.

Phil worked as an engineer in various fields for 27 years, most recently as a design engineer for Reading Bakery Systems in Indianapolis. Previously, he worked as a systems engineer for Kaman Fluid Power and as an electrical engineer for Thomas L Green & Co.

Phil was passionate about Harley-Davidsons. He owned several Harley-Davidson bikes, but stopped riding in 2014 after a serious accident. In contrast, he loved and doted over numerous Boston terriers leaving behind — Frank, Bean, and Daisy.

Phil married in his thirties and took on the role of loving stepdad to Linda’s children Brent Oertel, Indianapolis, and Kelly Henderson (Scott), Indianapolis. He loved playing with his grandkids, Brent’s sons Bryce and Austin Oertel, and Kelly’s children, Paige and Wyatt Henderson. He is also survived by his brothers’ son — nephew Matthew (Steve) .

Visitation is from 4 to 8 p.m. Friday, June 22, at Legacy Cremation & Funeral Services, 5215 N. Shadeland Avenue. Services will be at 11 a.m. Saturday, June 23, at the funeral home with a graveside service immediately following at Oaklawn Memorial Gardens in Fishers.