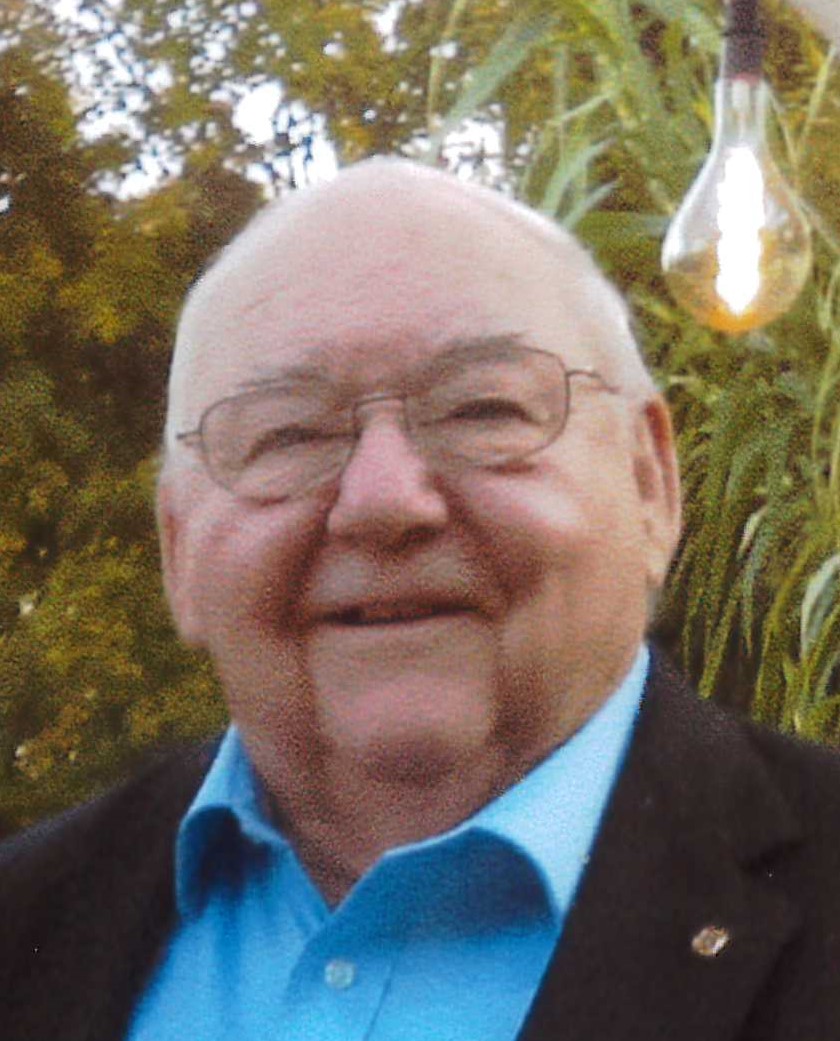 Richard (Dick) Wenzel, 85, passed away at his home on April 28, 2022. He was born on September 28, 1936, to Chester and Gertrude Wenzel in Saginaw, Michigan. His sister, Dixie A. Town preceded him in death. He graduated from Arthur Hill High School and attended Central Michigan University (CMU) to pursue a career in music education. From 1954-1958 at CMU, he played in the prestigious marching band and was elected president for one year. He was selected to be a member of Tau Kappa Epsilon fraternity and served as president for one year. There he made lifelong friends he referred to as his ”TKE brothers.” Richard graduated in 1958 with a bachelor’s degree in Music. At a CMU dance, he met the love of his life, Karen Thomsen. They became friends and dated throughout their college careers. On June 28, 1958, they married.

From 1958 to 1961 Richard was a band director at Rockford Schools in Rockford, Michigan where he built a very successful band program. In 1962-1966 he transitioned to elementary teaching and found his new educational path. As an elementary principal in Pennfield Schools, in Battle Creek, MI, from 1966 to 1980, he developed many programs and educational activities. During this time, he earned a master’s degree from Western Michigan University. From 1980 to 1982, he was an elementary principal at Farwell Schools in Farwell, Michigan. There he also developed many educational programs. He was well respected, developed many friendships, and was passionate about helping children and their families. From 1983 to 1999, he was in educational curriculum sales where he earned many awards.

He and Karen retired in Florida where they made many friends and welcomed vacationing family. There, he became a tour guide and educational director at Mixon Farms in Bradenton, FL. In 2016, Dick and Karen fully retired and returned to “The North” in Indiana to be close to their family.

He loved his family and supported and watched his children’s and, later, his grandchildren’s activities. Later, he enjoyed family get-togethers. He was dearly loved by friends, colleagues, and students. One of his endearing qualities was he always had a story or a joke to tell. He loved to make people laugh and enjoy life. Many friends and family enjoyed spending time with him fishing, boating, camping, going to the beach, and playing cards.

He was God’s faithful servant and his life reflected it. He was a proud member of St. Michael’s Catholic Church in Remus, Michigan and St. Louis de Montfort Catholic Church in Fishers, Indiana. There he volunteered his services as a Lector during mass and continued his work as a member of the Knights of Columbus.

Services will be held at St. Louis de Montfort Catholic Church in Fishers, Indiana. Visiting time will be at 1:00 pm in the Narthex of the church. Mass will begin at 2:00 p.m. on June 17th, 2022.

The funeral Mass will be live streamed on June 17, 2023. Please click the link to view the live stream: https://sldmfishers.org/live-stream-funeral-masses-at-sldm

Donations can be made in the remembrance of Dick to Peyton Manning Children’s Hospital or St. Jude’s Research Hospital.