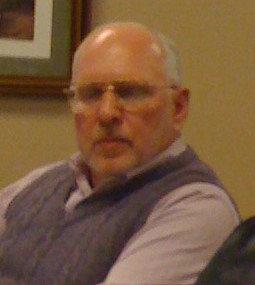 Richard Lee Hunt Sr, age 68, of Anderson, went to be with the lord on February 4, 2020 at Community Hospital in Anderson. Richard was born July 2, 1951 to the late Eugene Lilburn Hunt and Thelma Natina (Hensley) Hunt.

Richard was a lifelong resident of Anderson and attended Madison Heights High School.  He was employed with Brockway Glass for 47 years.  Richard was extremely talented when it came to building and crafting things. He could make just about anything. He loved to spend time with his family, doing woodworking with his brother. He loved to hunt and fish with his late brother Donel E. Hunt. Richard was always working on cars and restoring them. Riding his motorcycles was one of his favorite past-times. He will be deeply missed by all who knew and loved him.

He is preceded in passing by his parents listed above, and brother Donel E. Hunt.

A Celebration of Life will be held on February 15, 2020 from 2-4pm with a meal to follow at By His Grace Ministry, located at 720 E. 7th St. in Anderson, Indiana. Cremation was chosen through Legacy Cremation and Funeral Service – Anderson.

Room: By His Grace Ministry