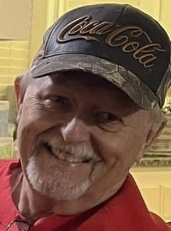 Robert (Bob) Porter passed away February 11, 2022 when his larger-than-life heart gave out.

Bob, or Robby Bobby Boo as he is known to some, was born May 05, 1946 to the late Leon and Lavern Porter. He graduated from Anderson High School and then went on to serv his country in the United States Army. Eventually returning to the to the states, from Vietnam, he met and married the love of his life. He worked many years as a supervisor for General Motors in Anderson, as well as Meridian, MS.

Bob married his Queen, as he affectionately called her, on July 25, 1970. They created a beautiful life together with their two children. He provided for his family and was always there for them, including his grandchildren, brothers, sisters, nieces and nephews. Bob was very involved with both his children. He could always be counted on to coach their sports, play games and simply be always present and available. He became their go to and biggest supporter. Later in life, Bob and Nancy enjoyed trotting the globe as part of the Coca Cola collectors club. They also took many other pleasure trips, with several of those including their children and grandchildren. He loved nothing more than his family and has left a huge hole in their heart.

He was proceeded in death by his parents; Brothers Leon Porter, Ronnie Porter and Tim Steve’s; Sisters Debbie Porter and Monica Lawler and his very special friend David Dotson.

A visitation will be held on Friday February 18, 2022 from 1-3pm with a funeral service beginning at 3pm at Legacy Cremation and Funeral Service – Anderson. Burial will take place at Anderson Memorial Park Cemetery. A pitch-in dinner will be held after the burial at LovEvents on Broadway St. in Anderson.