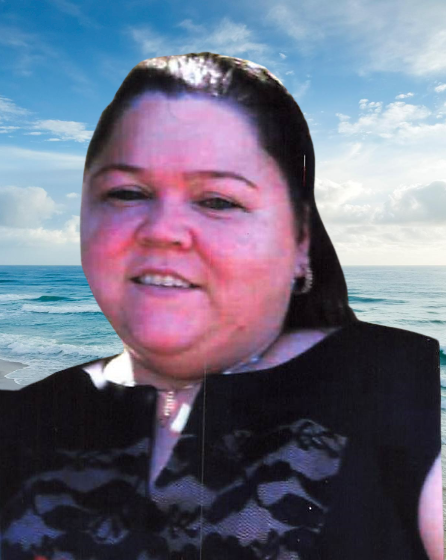 Robin Nichole Green, 37, went home on June 8, 2021.  She was born on November 11, 1983 in Indianapolis, Indiana where she lived most of her life.  She lived in Michigan for a few years. She was last employed by Honda in Greensburg.  She worked as a CNA, hotel front desk and phlebotomist over her working life.  She graduated from Martinsville High School.  After graduating she attended International Business College where she received an associate degree.  After working for a few years, she attended college in Michigan, where she was on the dean’s list her first year.  She was studying nursing while working at Four Winds Casino.  She returned home and became a phlebotomist.

In 2019 She was diagnosed with cervical cancer.  She fought hard and never gave up.  Her weak body just gave out.  She is survived by a very large and loving family.  Her longtime boyfriend, Louie Austin, her brother Joey Green, and her mom Gidget Green.  Also, her second set of parents Ginny and Robbie Green their kids, Ryan, Marcie, and Kayla, Kyle, Emily, Mandy, and Matt.  She is also survived by her aunt Cindy Alexander and her children, Eli, Bear, Claire, and Harry.  Her uncle Nick Davis and his daughter Holly and Denver Schaefer and Uncle Mike and Angie Davis and their children, Michelle and Chris.  She is survived on her father’s side by her aunt Gayle (Rusty) Green and Peggy.  Aunt, Karen and uncle, Phil Goss and their children, Jamie and Jess and Shane and Regina.   Her aunt, Sherry and uncle, Brent and their children, Ali, Brian, Alycia, and Kimberly.  Uncle, Donnie Cunningham and his children Chris and Loretta Green, Jeff and Miranda Cunningham, Brett Cunningham and Jason Cunningham, Joe and Meagan Cunningham, and Jackie and Mike Adkins.  Aunt, Cheryl Trusler and her son, Andrew and Carrie Trusler. Aunt, Nancy Green-McKinney and her children Julie and Glenn Sexton, and Diane Franklin.  Aunt, Lori Lawson and her daughter Jennifer and Jay Lowery.  Uncle, Joe and Lisa Green and their children Mike Green, Jenny Myers and Ashly Green, along with their mother Aunt, Jodi Bannwart. She is also survived by Kaydence, Jacob, Colton, Lilly, Tristen, Noah, and Kerrionna.  She is also survived by her best friends in Michigan, Laura and Sean Ryan.

Her Family that went home before her were daddy, Rocky Green, her grandparents, Lewis and Joyce Green, John and Carol Davis, Beverly and Bob Green, uncle, Chris Davis, uncle, Kevin Green, uncle, Duane Green, aunt, Patty Cunningham and aunt, Kristie Green.  Her cousins, Kathleen Green and her cousin and best friend, Amy Goss.  Her service will be held at Legacy Cremation & Funeral Services on Saturday June 19, 2021 at 11:00 am with visitation on Friday from 4:00 – 8:00 pm at the funeral home.  Burial will follow at Floral Park Cemetery.  Robin fought a great fight and we appreciate everyone that loved her through it.  She will be missed.  Great love lives on!

Robins family wants to give a special Thank you to Pam and Frank Goodall, Cathy and Mark Najmon, Larry and Beth Goergen. Thank you for always including Robin in your family.