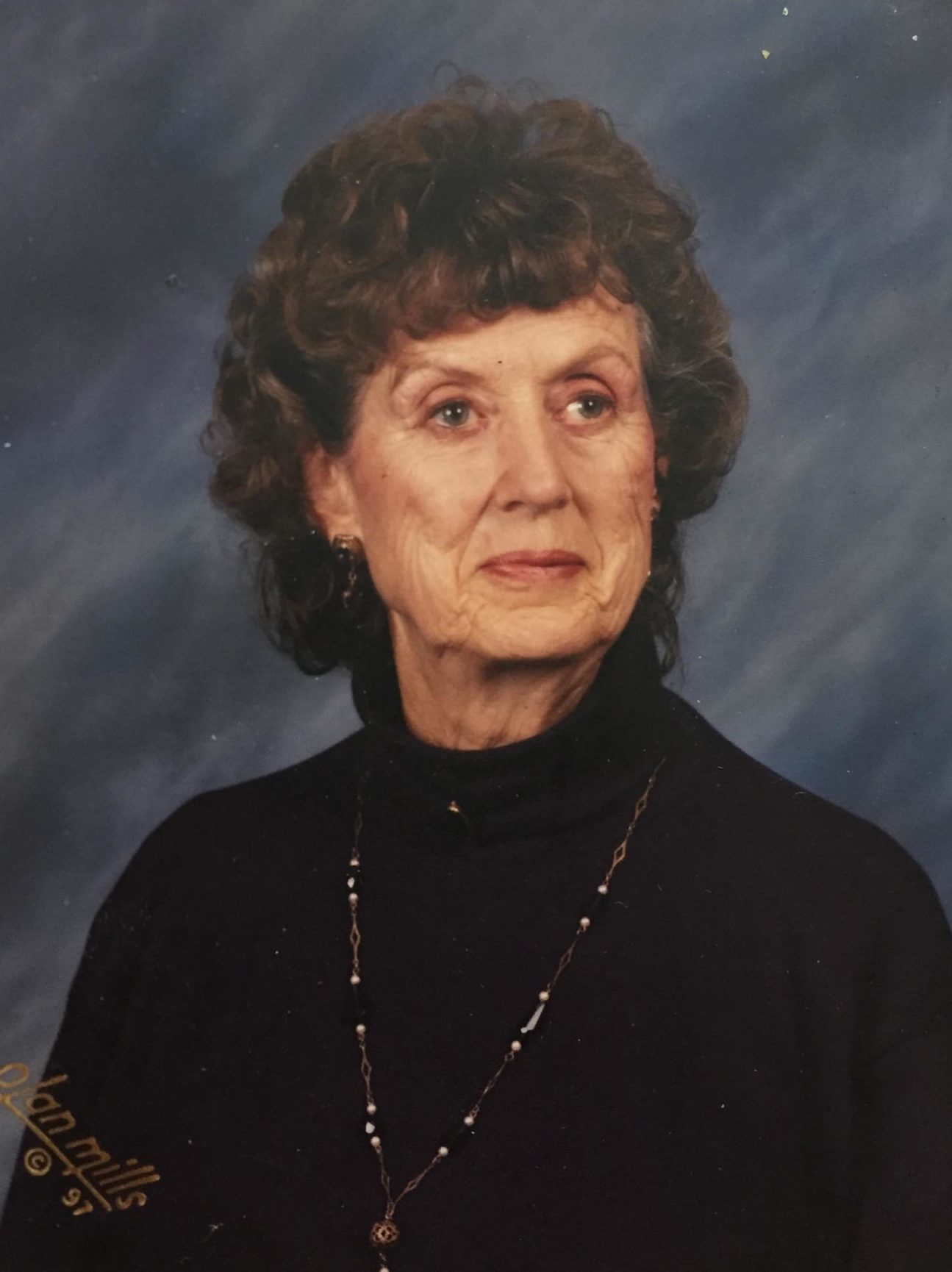 Private burial.   In lieu of flowers, donations may be made to the Old Bethel & Partners Food Pantry, located at 8032 E. 21st Street, Indianapolis, IN 46219

RoZelma grew up on a cattle ranch in New Mexico.  She was licensed as a beautician in Lafayette, IN.  She met Robert Hoyman on a blind date and married a year later.  During World War II she worked in a tech department with 150 men who slabbed quartz for communication devices.  Her job was to mark with a wax pen where the quartz twinned.

For a decade, she worked at Sears managing a million dollars worth of inventory for their jewelry department.  After being widowed for several years, she married Donald Brown and moved to Wanamaker.  Her creative interests turned to stained glass and paint. RoZelma Brown’s training in live portrait work was under the tutelage of Harold Buck and Bill Ashby; work in oils and water was with Rosemary Lawton Thomas; and final training in art glass was with Vincent Fox.

Her permanent standing works of stained glass include the 30′ X 20′ frontis work at Old Bethel United Methodist Church located at 21st and Franklin Rd., Indianapolis, IN (Note: Two watercolor collections are housed on permanent display in this building.)