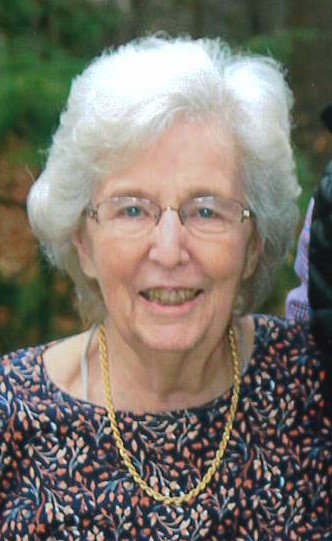 Born in: Chicago, IL
Resided in: Indianapolis, IN

Virginia L. (Ginny) Huguenard died peacefully on July 21st, 2022, with family at her side. A
Memorial Mass will be held on Friday, August 26th at 11:00 AM at St. Lawrence Catholic
Church, with visitation at the church starting at 10:00 AM. A private family burial will follow.
Virginia was born on January 6th, 1936 in Chicago, Illinois to Edward and Margaret Hagens,
along with her identical twin sister Janice. She enjoyed a 60-year marriage with her beloved
husband, Kenneth F. Huguenard, who preceded her in death in 2019. Virginia is survived by her
children and grandchildren: her son John and wife Kelly and their children, Ryan, R.J., Katy and
Connor Huguenard; her daughter Jane and husband Will and their son Gabe Morrison; and her
son Andrew and wife Sherri Huguenard and their children, Katie (John) Wozniak, Robert
(Nicole) Arrigo, and Daniel Arrigo, as well as her 4 great-grandchildren, Naomi, Natasha, and
Nora Wozniak, and Max Arrigo. Virginia is also survived by her twin sister Janice (Dean) Butts,
her younger sister Annette (Gary) Jennings, her sister-in-law, Eleanor Wheeler and by many
cherished nieces and nephews. In addition to her husband, Virginia is preceded in death by her
parents Edward and Margaret, and her grandson Thomas Arrigo, son of Andy and Sherri.
Virginia was a proud graduate of Freeport High School and the University of Iowa, where she
was a member of the Scottish Highlanders, an all-female bagpipe band, even marching in the
Tournament of Roses Parade! The band was featured in Life Magazine on October 25, 1954.
After college, Virginia moved to Indianapolis to begin her career with Eli Lilly & Co. She met
Kenneth at work, and after they were married she stayed home to raise their children. She was a
very dedicated volunteer. She lent her time and talents to Meals On Wheels, St. Alban’s Softball
League, the Society of St. Vincent de Paul and St. Lawrence Catholic Church. Her favorite
pastime was spending time with family and friends. She adored her grandchildren and was
proud of their many accomplishments. Virginia was the most devoted, amazing, and loving
mother, grandmother and friend. She was a peaceful, kind and gentle soul, who enriched the lives
of many. She lived a beautiful life, and she will be missed by all who had the pleasure of
knowing her.
In lieu of flowers, memorial contributions may be made to the St. Lawrence Conference of St.
Vincent de Paul, 6944 East 46th Street, Indianapolis, IN 46226. Arrangements provided by
Legacy Cremation & Funeral Services – Lawrence.