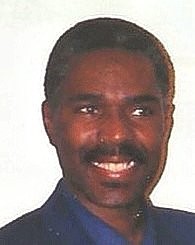 Will Allen was born on April 21, 1953 to Willie & Allie Ruth Edmond in Gary Indiana. After graduating from Roosevelt High School in 1972, he went on to study Business at Ivy Tech in Indianapolis, IN and completed a Certificate in Business Support.

At an early age Will Allen accepted Christ and was baptized at Pilgrim Baptist Church in Gary, IN.  He remained a faithful member until relocating to Indianapolis in 1974. In June of 1975, he became a member of the United States Marine Corp. He served with dignity until he was honorably discharged in June of 1976. Will Allen was dedicated to serving the Veterans in his local community and was employed by the Hoosier Veteran Assistance Foundation as an Outreach Coordinator.

Will was preceded in passing by his mother and father.

Due to COVID, all government guidelines will be followed.